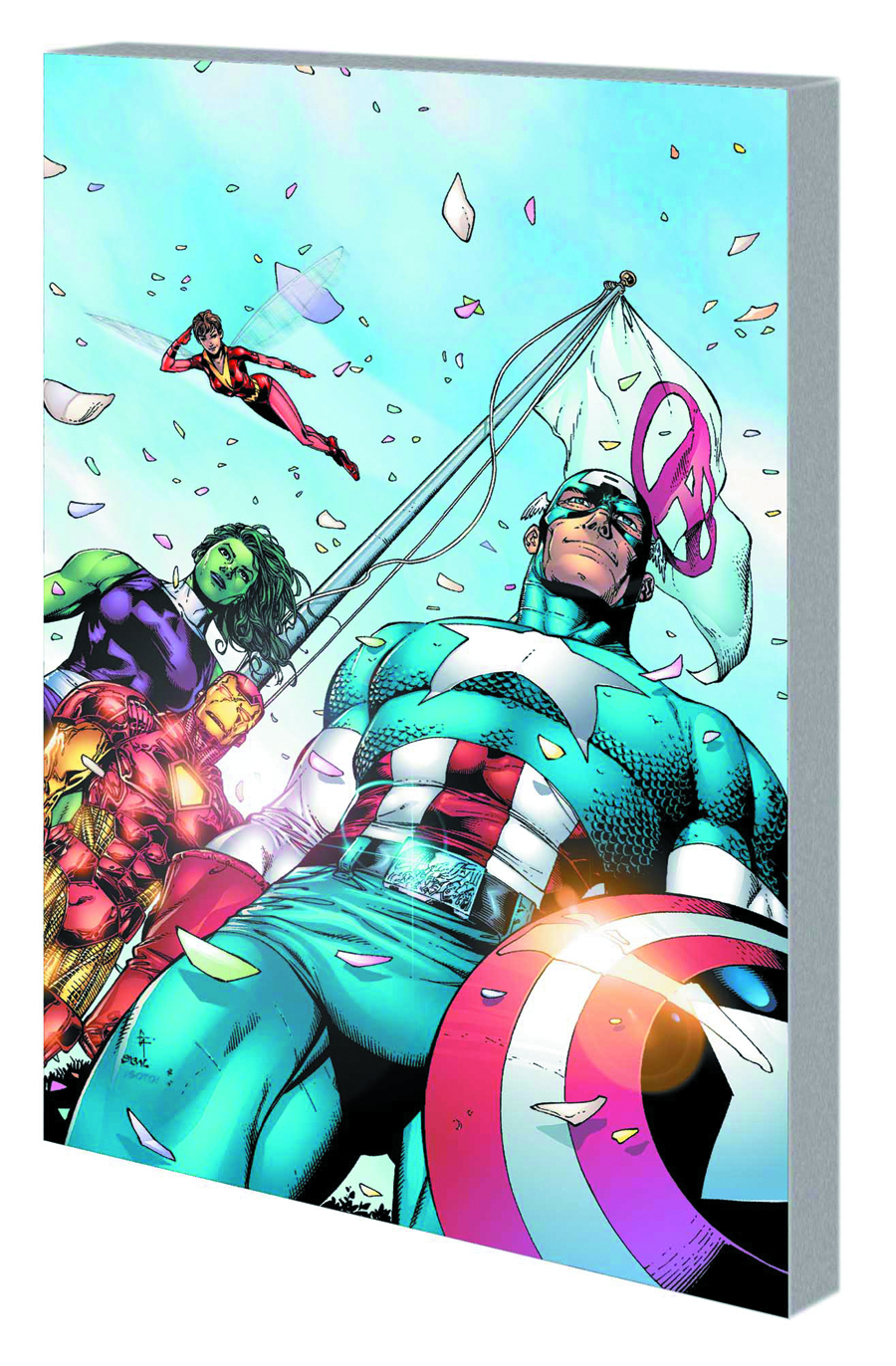 MAR130750
(W) Geoff Johns (A) Kieron Dwyer, Ivan Reis, Alan Davis (A/CA) Gary Frank
Superstar writer Geoff Johns takes on the Avengers! They can defeat any super villain - but can the Avengers govern the world? When the capital cities of every country on Earth vanish, the floundering nations turn to the only organization capable of helping them: the Avengers! Then: Thor ascends to Asgard's throne and decides to start answering his worshippers' pleas for help. But not everyone's in favor of divine intervention, and it's Secretary of Defense Iron Man's job to stop the Thunder God's interference - leaving Captain America to play referee between two of the world's biggest super powers! Plus: His memories stolen, an amnesiac Vision must seek help from his creator's reluctant granddaughter to defeat a technological terror left over from WWII! Collecting AVENGERS (1998) #57-63, VISION (2002) #1-4, THOR (1998) #58 and IRON MAN (1998) #64.
In Shops: May 29, 2013
SRP: $29.99
View All Items In This Series