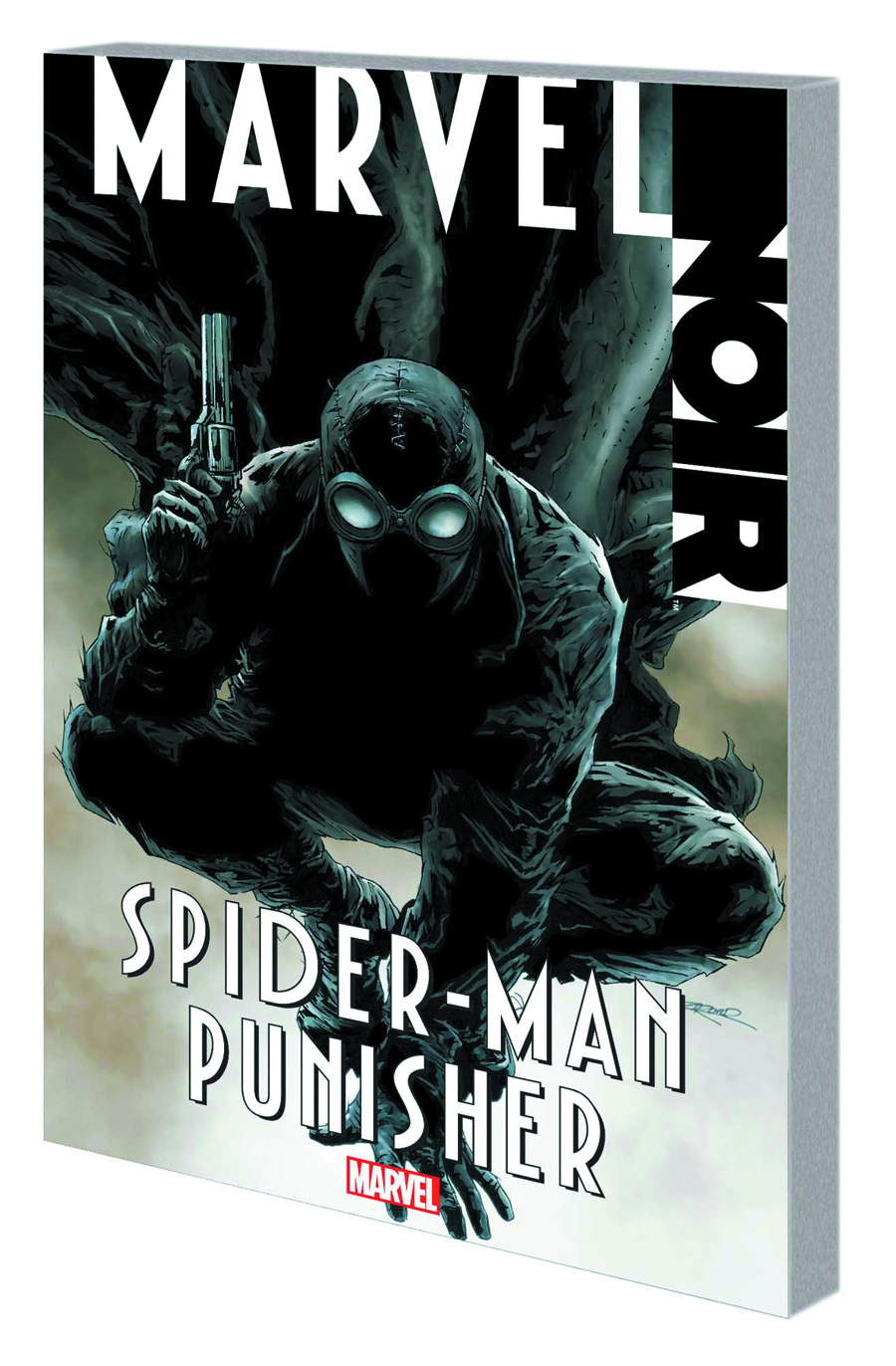 MAR130748
(W) Various (A) Various (CA) Patrick Zircher
Along came a spider - and an unstoppable, unyielding, merciless force of nature!
•  Corrupt mob boss the Goblin and his gang of circus freaks rule 1930s New York. Peter Parker is an embittered young man searching for justice. After the life-changing bite of a mystical arachnid, Peter inherits the force to change the city he loves - but when one crimelord falls, another always rises to take his place. And what's going on in Otto Octavius' lab? The Spider-Man must find out fast, before his friend Robbie Robertson is lost forever.
•  The merciless vigilante named the Punisher targets mob boss Dutch Schultz, who calls in big guns Barracuda and Jigsaw to protect him - but the violence is about to engulf the souls of a small-time grocer and his impressionable young boy. Collecting SPIDER-MAN NOIR #1-4, SPIDER-MAN NOIR: EYES WITHOUT A FACE #1-4 and PUNISHER NOIR #1-4.
In Shops: May 29, 2013
SRP: $34.99