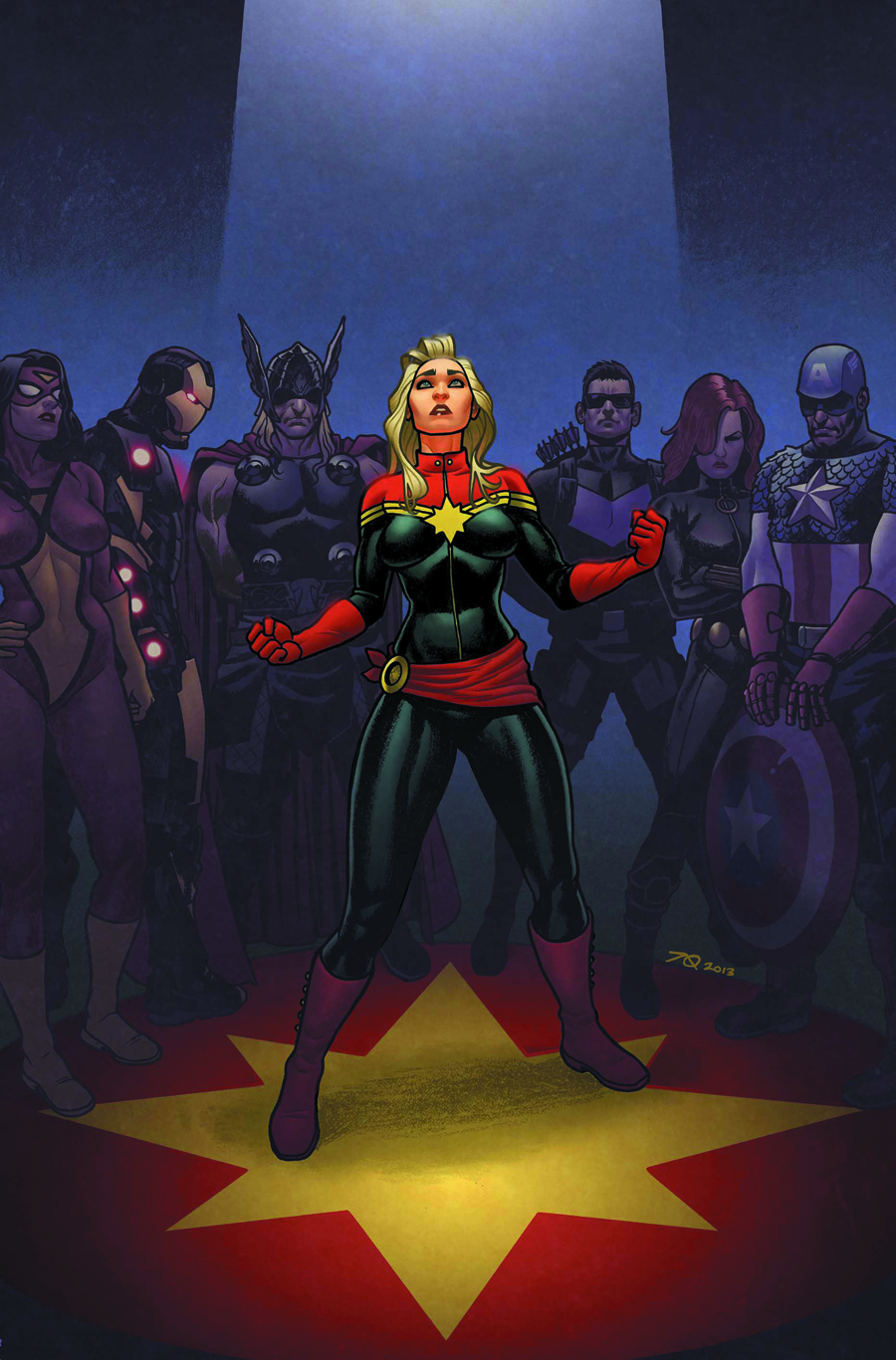 MAR130684
(W) Kelly Sue DeConnick (A) Scott Hepburn (CA) Joe Quinones
THE OPENING SALVO TO THE HOTLY ANTICIPATED
AVENGERS/CAPTAIN MARVEL FOUR PART EVENT!
•  Can't keep a good Captain down!
•  Vicious echoes of the Avengers' past are cropping up all over Manhattan...and a grounded Captain Marvel refuses to be left behind.
•  Who is the sinister figure behind these incursions and what does it have to do with Carol Danvers' mysterious condition?
•  But is this villain real or just a figment of Captain Marvel's increasingly deadly imagination?
In Shops: May 15, 2013
SRP: $2.99