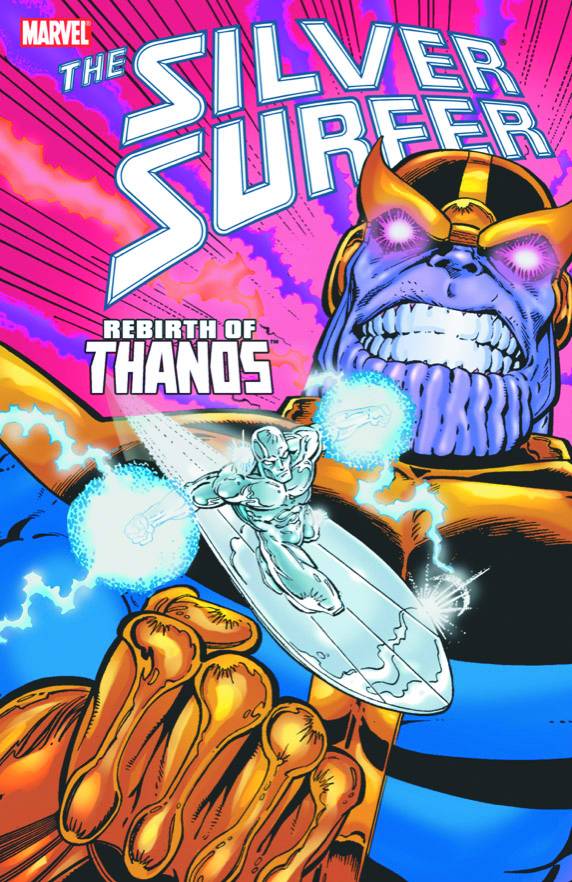 #
MAR128290
(W) Various (A/CA) Various
From Marvel Comics. The quest that led to Infinity Gauntlet begins here! Back from the dead, Thanos is after the power to bring the rest of the universe with him on a return trip! Can the Silver Surfer, Drax the Destroyer and others stop the cosmic iconoclast before he uses reality as a token of his affection for Death? Special guest-appearance by the Impossible Man! Featuring a rare Thanos solo story not seen in almost thirty years! Collects Silver Surfer #34-#38, Thanos Quest #1-#2 and the Thanos backup from Logan's Run #6. Scheduled to ship 06/20/12. (161)