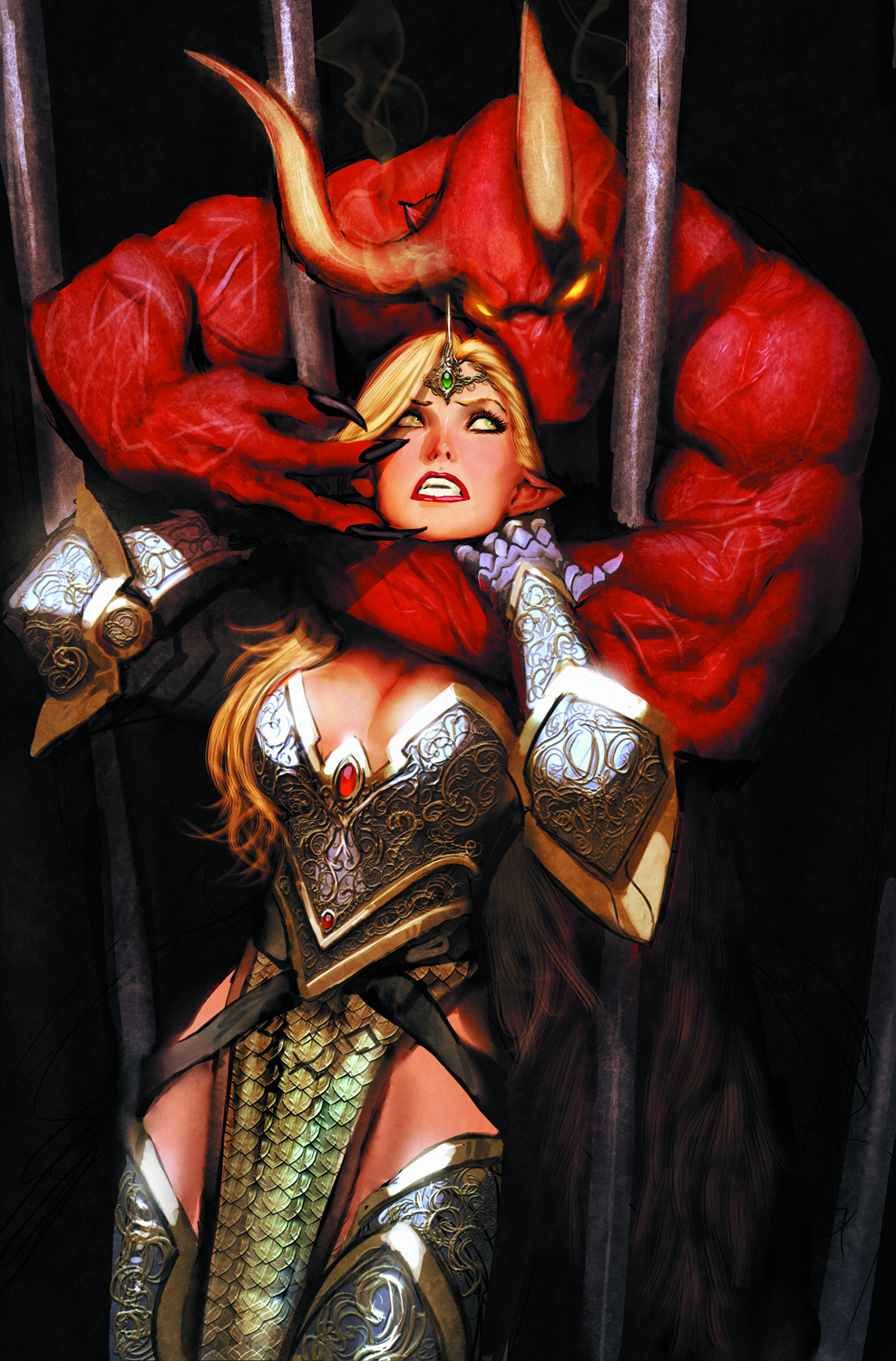 MAR121294
(W) Raven Gregory (A) TBD (CA) Stjepan Sejic
Sela sets off in search of the Tomb of Death and finds herself joined by an unlikely ally who is also searching for a way to redeem herself from the failings of her past.  But will this new ally be enough to help Sela defeat the dreaded black ghost knights who guard the swamplands that lead to the Tomb?  Meanwhile, Alicia, Baba Yaga, Venus, and the Goblin Queen begin the final stage of their mysterious plans to rule the four realms and the very nexus itself.  The final count down to the Grimm Fairy Tales 75 begins here.  Don't miss out!