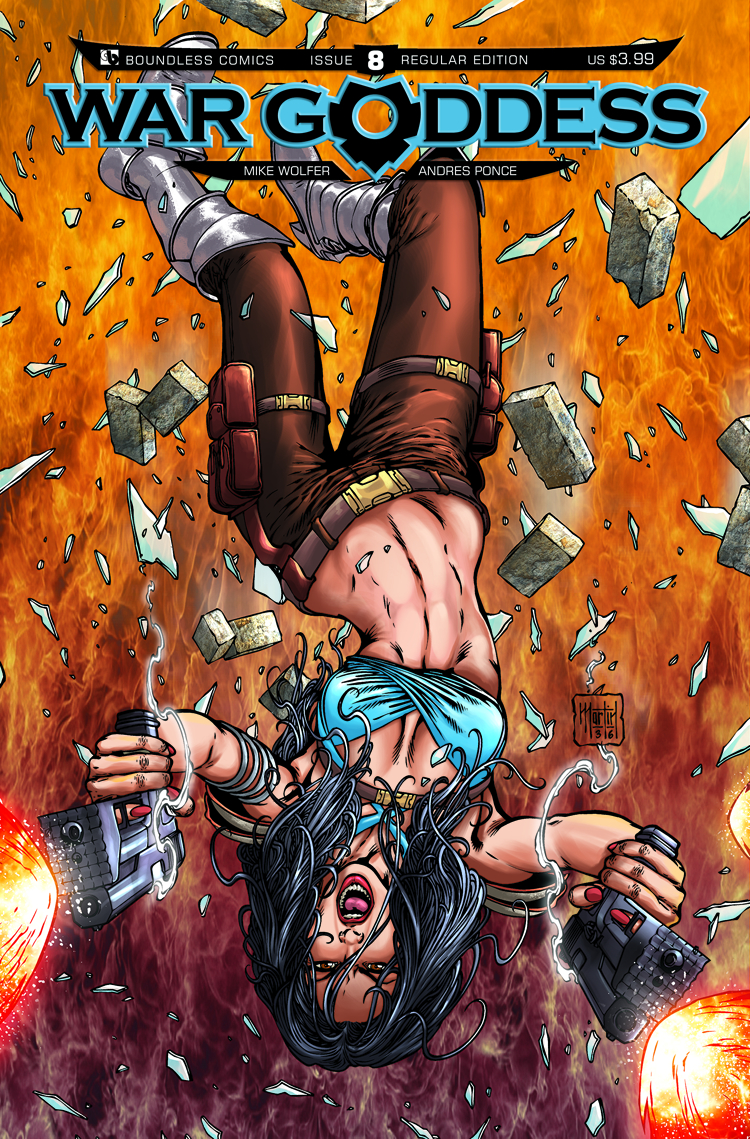 MAR120904
(W) Mike Wolfer (A) Andres Ponce (CA) Matt Martin
Pandora is hot on the trail of an errant blast of extra-dimensional energy which burst into our realm at the Greek Parthenon and unleashed the ancient villainess, Satheeno. After the epic battle with the vile Gorgon, Pandora follows the dark matter's path to a deserted oil drilling platform in the Mediterranean Sea. But the haunting, mechanical derelict hides more than an otherworldly force, because hidden here, among the rotting corpses of the oil rig's crew is another horror of a much more terrestrial origin... And it's got guns. And lots of bullets.  Available with a Regular cover by Matt Martin, Sultry cover by Michael Dipascale, as well as a Wraparound and a special Art Nouveau Retailer Order Incentive by painter Michael Dipascale!