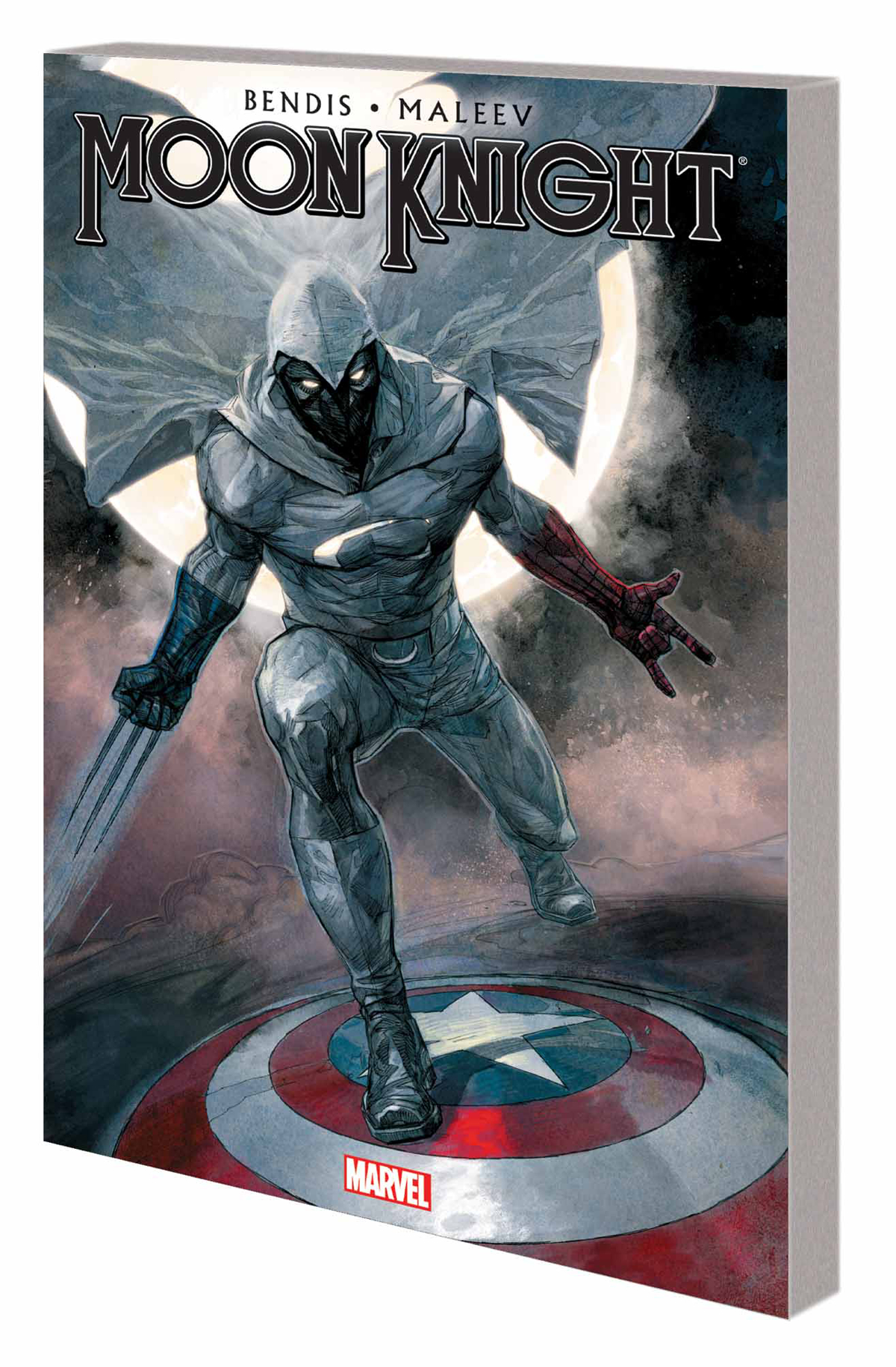 MAR120673
(W) Brian Michael Bendis (A) Alex Maleev, Alex Maleev
Captain America. Wolverine. Spider-Man. There's not a more powerful set of heroes you'd want to have your back than this trio of Avengers. The problem is, the guys who have Moon Knight's back are all in his head - symptoms of Marc Spector's schizophrenia. But as Spector tries to find balance in his new home of Los Angeles, a criminal mastermind makes deadly maneuvers - trafficking the temporarily inert robot body of Ultron. Can Moon Knight get his act together in time to take on this deadly threat? Or will it take another personality on the scene - Maya Lopez, the former Avenger Echo - to tip the odds in Moon Knight's favor? Collecting MOON KNIGHT (2011) #1-7.