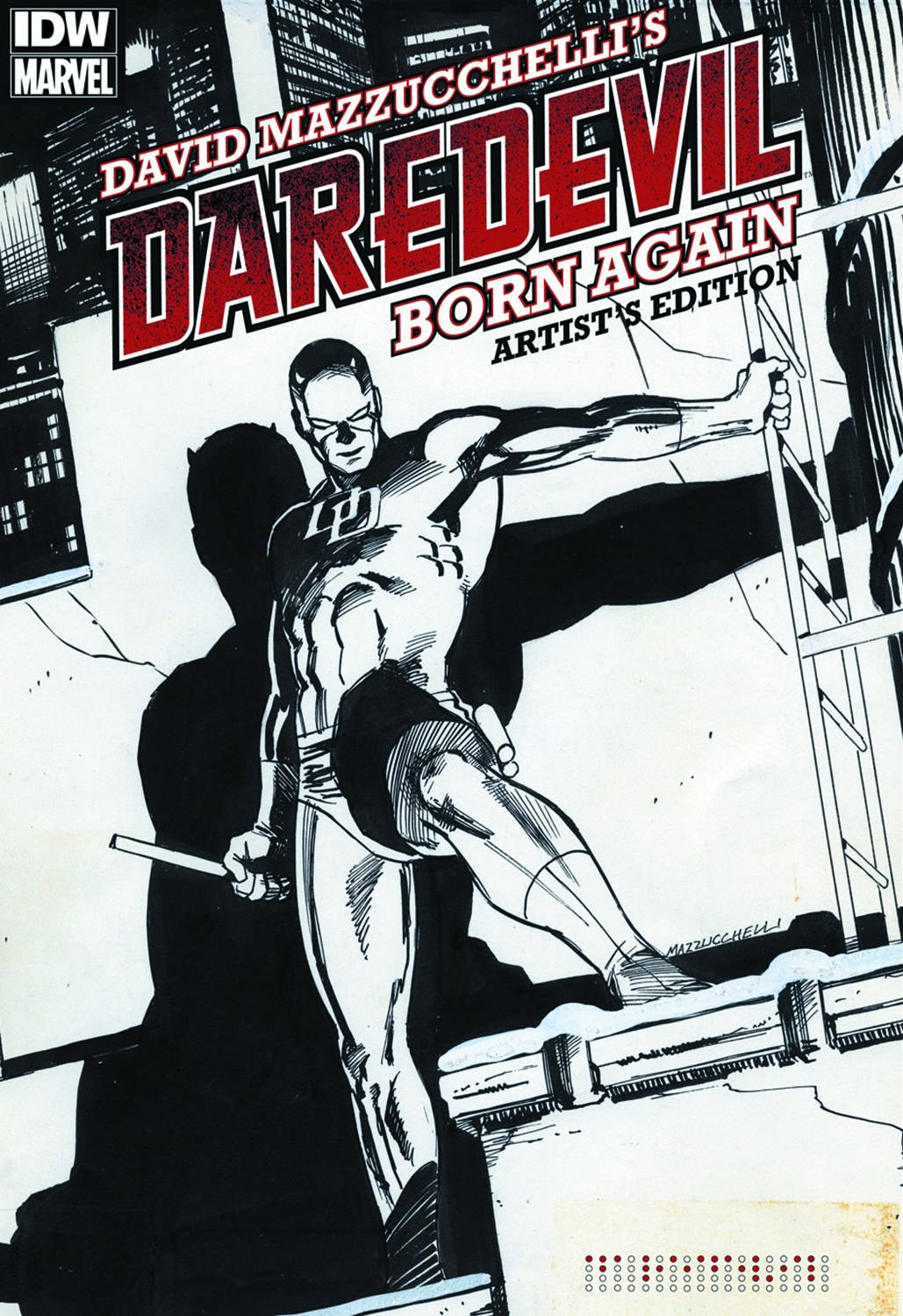 MAR120352
(W) Frank Miller (A/CA) David Mazzucchelli
From IDW Publishing. Daredevil: Born Again. That title strikes a chord with comic fans who know what it means. Fans who know that it represents two of the finest creators at the absolute peaks of their game. David Mazzucchelli's superhero work had reached an artistic apex when this series was released, and the same is true for Frank Miller's writing. Together they combined to craft a story of extraordinary impact that is still regarded as a true masterpiece. Collecting the entire storyline of Born Again, this book will feature the complete issues of Daredevil #227, #228, #229, #230, #231, #232 and #233, plus covers and extras. Each page was personally scanned by Mazzucchelli from his own original art. This is the largest Artist's Edition yet, weighing in at a rock solid 200 pages of beautiful Mazzucchelli art in the way you've always wanted to see it - the next best thing to holding the actual original art!