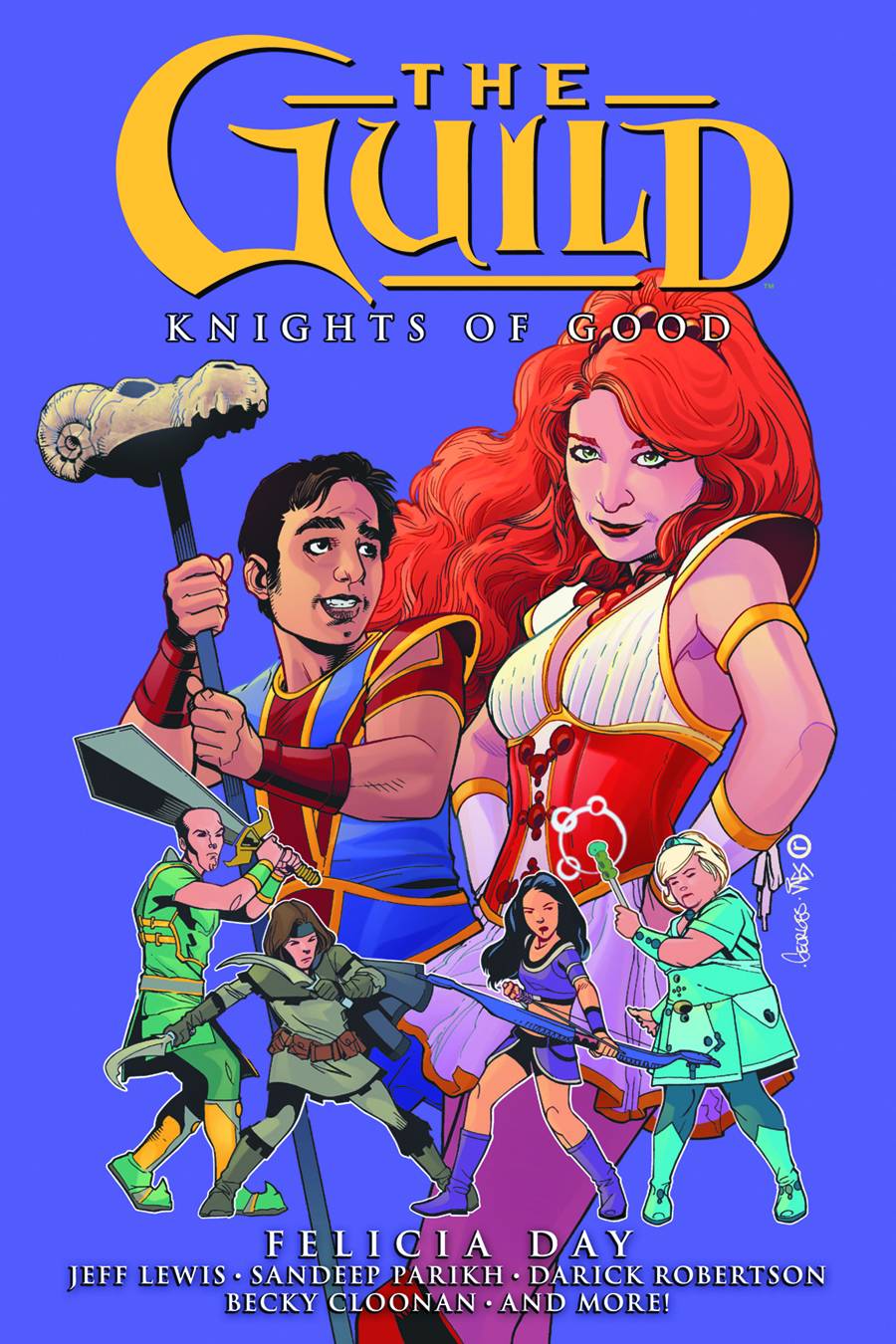 #
MAR120025
(W) Felicia Day, Jeff Lewis, Sean Becker, Kim Evey, Sandeep Parikh (A) Darick Robertson, Kristian Donaldson, Becky Cloonan, Tim Seeley (CA) Georges Jeanty, Dave Stewart (A/CA) Ron Chan
Set before the first season of the show, these hilarious stories delighted fans and newbies alike and introduced plots that influenced the show itself, including season 5's backstory of Tink, originally hinted at in these pages. Featuring a huge variety of comics' best artists as well as many of the talents key to the web series, and leading directly to the moment Zaboo unexpectedly appears at a startled Codex's front door in episode 1, this collection comprises a true "season 0" of The Guild! Collects the one-shots The Guild: Vork, The Guild: Tink, The Guild: Bladezz, The Guild: Clara, and The Guild: Zaboo.
In Shops: Jun 27, 2012
SRP: $14.99
View All Items In This Series
ORDER WISH LIST