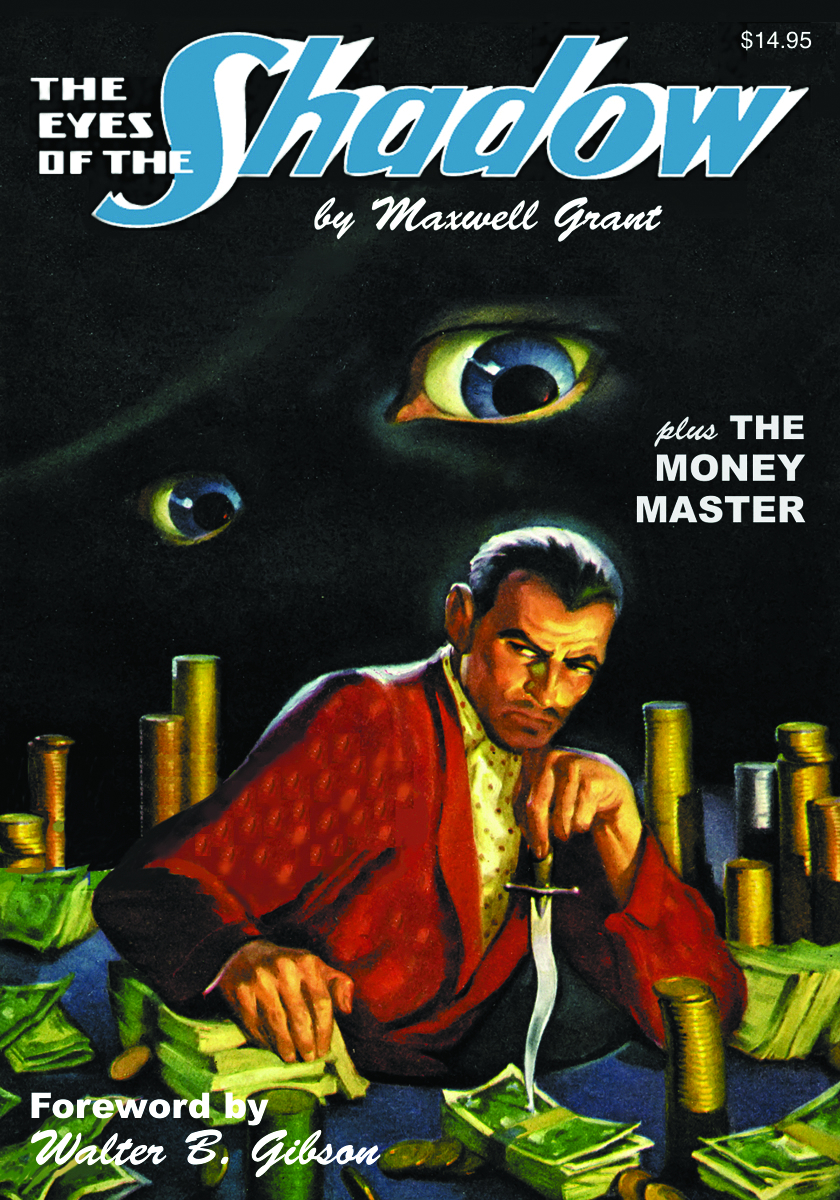 MAR111456
(W) Maxwell Grant Walter Gibson (A) Various (CA) John A. Coughlin, George Rozen
(W) Walter B. Gibson
The Shadow's explosive second adventure is paired with a gripping novel of international intrigue in an extra-length special commemorating the 80th anniversary of The Shadow Magazine. The Dark Avenger assumes the identity of Lamont Cranston to investigate serial murders in The Eyes of The Shadow, the groundbreaking novel that introduced the Dark Avenger's famous alter ego and his enigmatic agent, Burbank. Then, can The Shadow stop The Money Master before his financial machinations destroy the global economy?