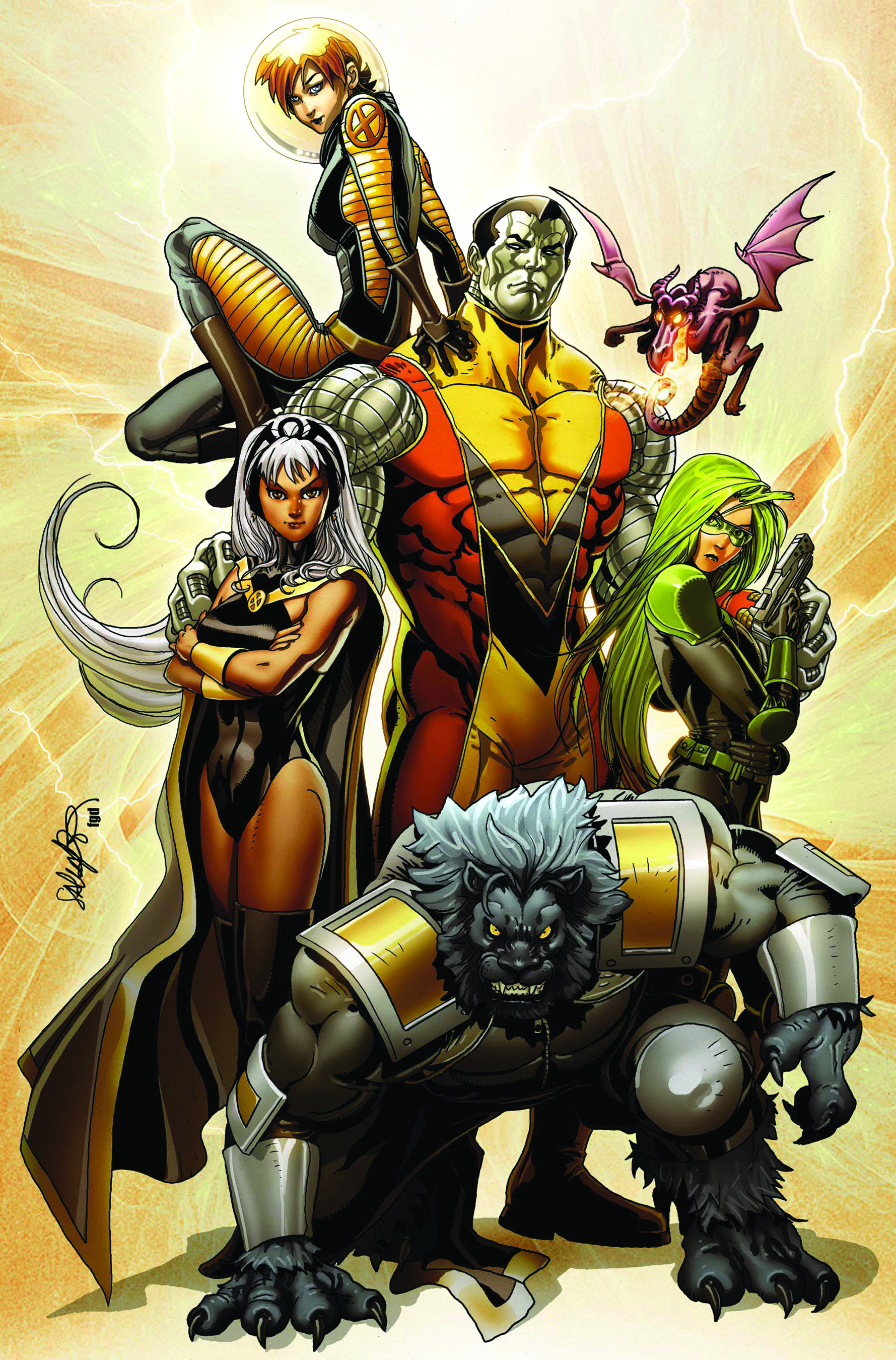 MAR110721
(W) Christos N. Gage (A) Juan Bobillo (CA) Salvador Larroca
Written by CHRISTOS GAGE
Pencils by TBA
Cover by SALVADOR LARROCA
"MEANWHILE"
Cyclops, Emma, Wolverine and Armor are off in Japan dealing with giant monsters. Meanwhile, something dire happens that demands the attention of the X-Men. With their leaders away, should the X-Men deny their help? HELL NO! Storm, Colossus and Kitty Pryde join Beast and Agent Brand to take on the Brood. But when intergalactic law prevents the destruction of an enemy who can only be defeated by extermination, the X-Men have a problem. Are Storm and her crew up to the task? And what is Cyclops going to say when he learns of this? This adventure takes place at the same time as the MONSTROUS arc concurrently happening in Astonishing X-Men in a way never before seen!
32 PGS./Rated T+