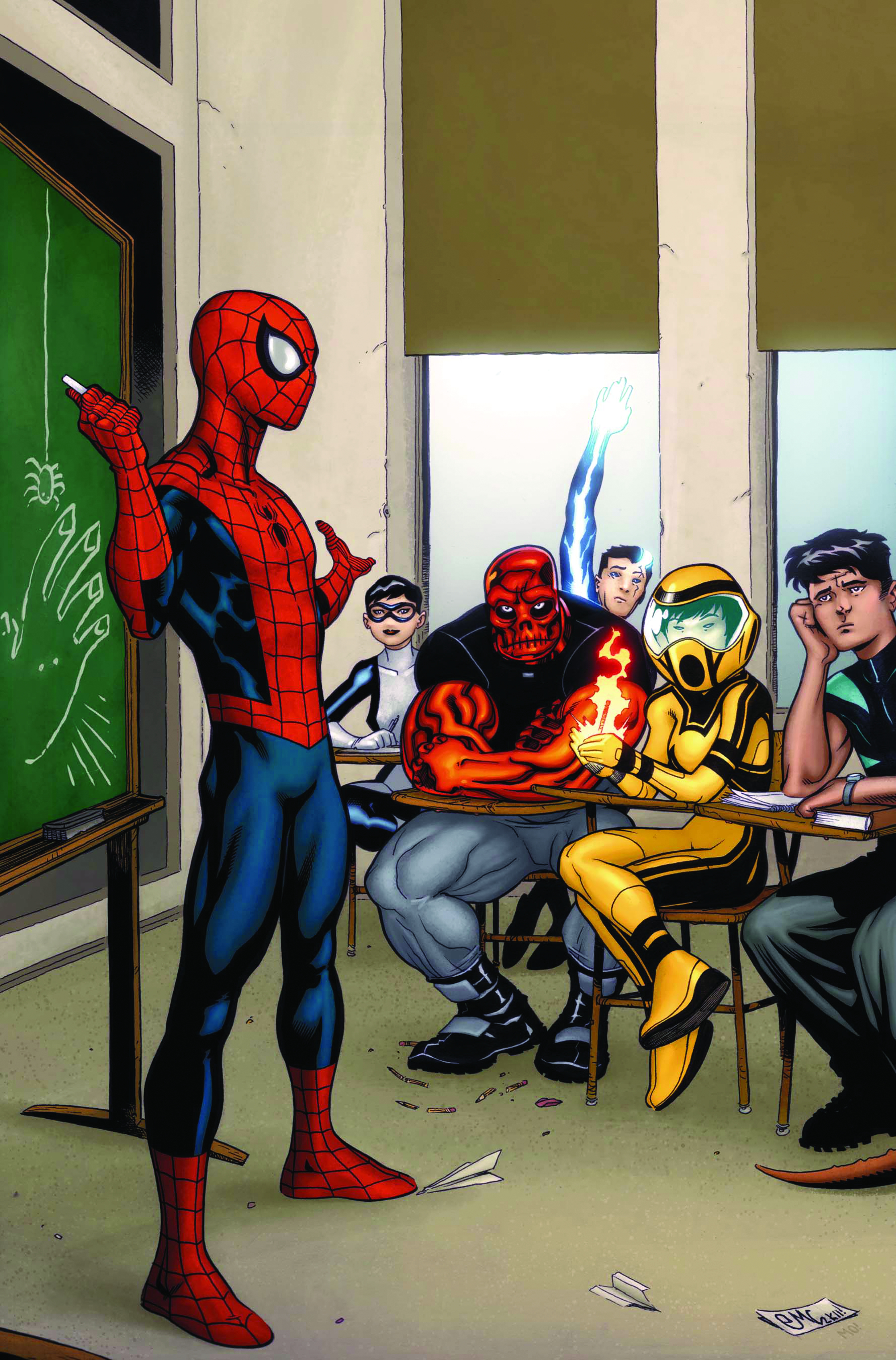 MAR110664
(W) Christos N. Gage (A) Reilly Brown (CA) Ed McGuinness
Written by CHRISTOS GAGE
Penciled by ReIlly Brown
Cover by Ed mcGuinness
X-Men Evolutions Variant by TBA
GUEST STARRING AVENGERS ACADEMY!
After his work with the new FF wraps for the week, what can the original teenaged superhero teach the worlds most at risk group of super-powered teens?  Find out when Spider-Man substitutes at the Avengers Academy!  But it's far from a normal day at school when a field trip is interrupted by a vengeful PSYCHO-MAN armed with hate, doubt and fear! Guest starring the FF, Giant-Man.... and the Malevolent Marvel Monster Mayhem of  MONSTEROSO!
Plus a "Day in the Life of Spider-Man" by Paul Benjamin and Javier Pulido!
40 PGS./Rated T+