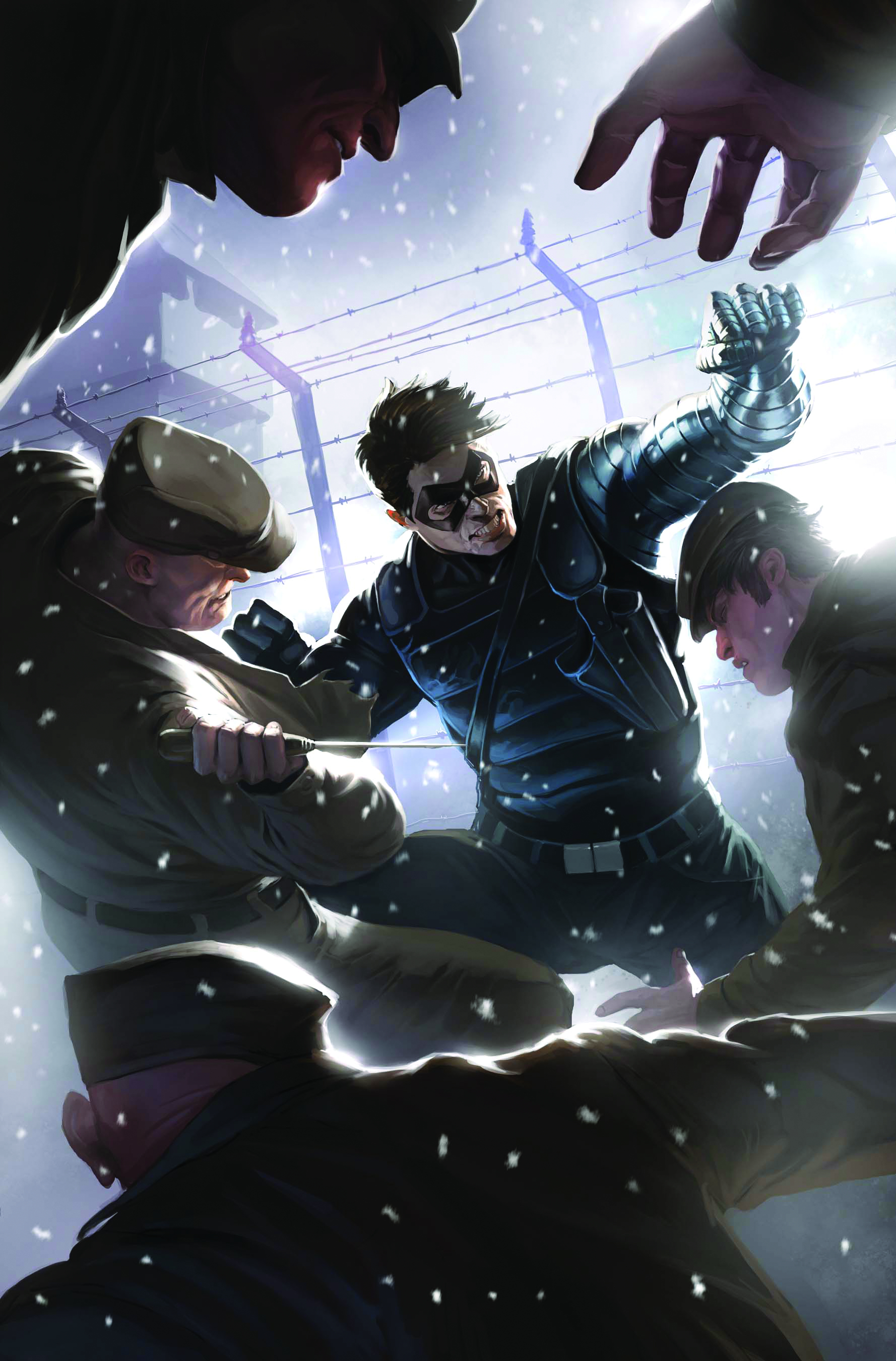 MAR110651
(W) Ed Brubaker (A) Butch Guice (CA) Marko Djurdjevic
Written by ED BRUBAKER
Penciled by BUTCH GUICE
Cover by MARKO DJURDJEVIC
X-Men Evolutions Variant by CHRIS STEVENS
CO-FEATURING STEVE ROGERS, SUPER-SOLDIER! Steve Rogers races against time to uncover the international conspiracy that trapped his ex-partner in a web of intrigue and lies. Meanwhile, Bucky Barnes fights for his life in a Russian Gulag. With everybody gunning for Bucky and Steve fighting the clock, is there any hope for either of these two super-soldiers?
40 PGS./Rated T+