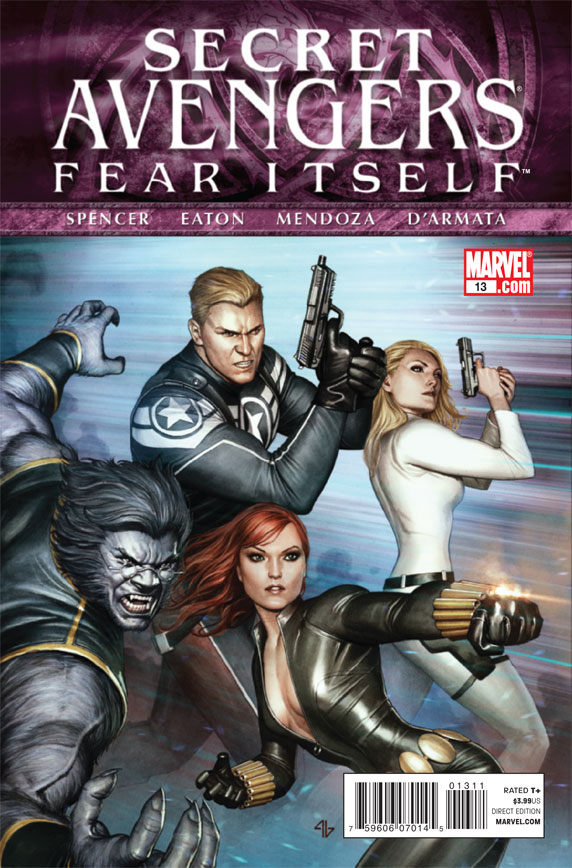 MAR110622
(W) Nick Spencer (A) Scot Eaton (CA) Adi Granov
Written by NICK SPENCER
Penciled by SCOT EATON
Cover by ADI GRANOV
X-Men Evolutions Variant by TBA
FEAR ITSELF TIE-IN
Armies are mounting against the Avengers on every side, and even the Gods have turned their backs on Earth. With humanity facing it's gravest threat yet, Steve Rogers and his Secret Avengers will make some hard choices about what's just in times of war. And even as they do, a new danger of a different kind emerges-- one that confronts them not in the name of evil or fear, but freedom and liberty.
32 PGS./Rated T+