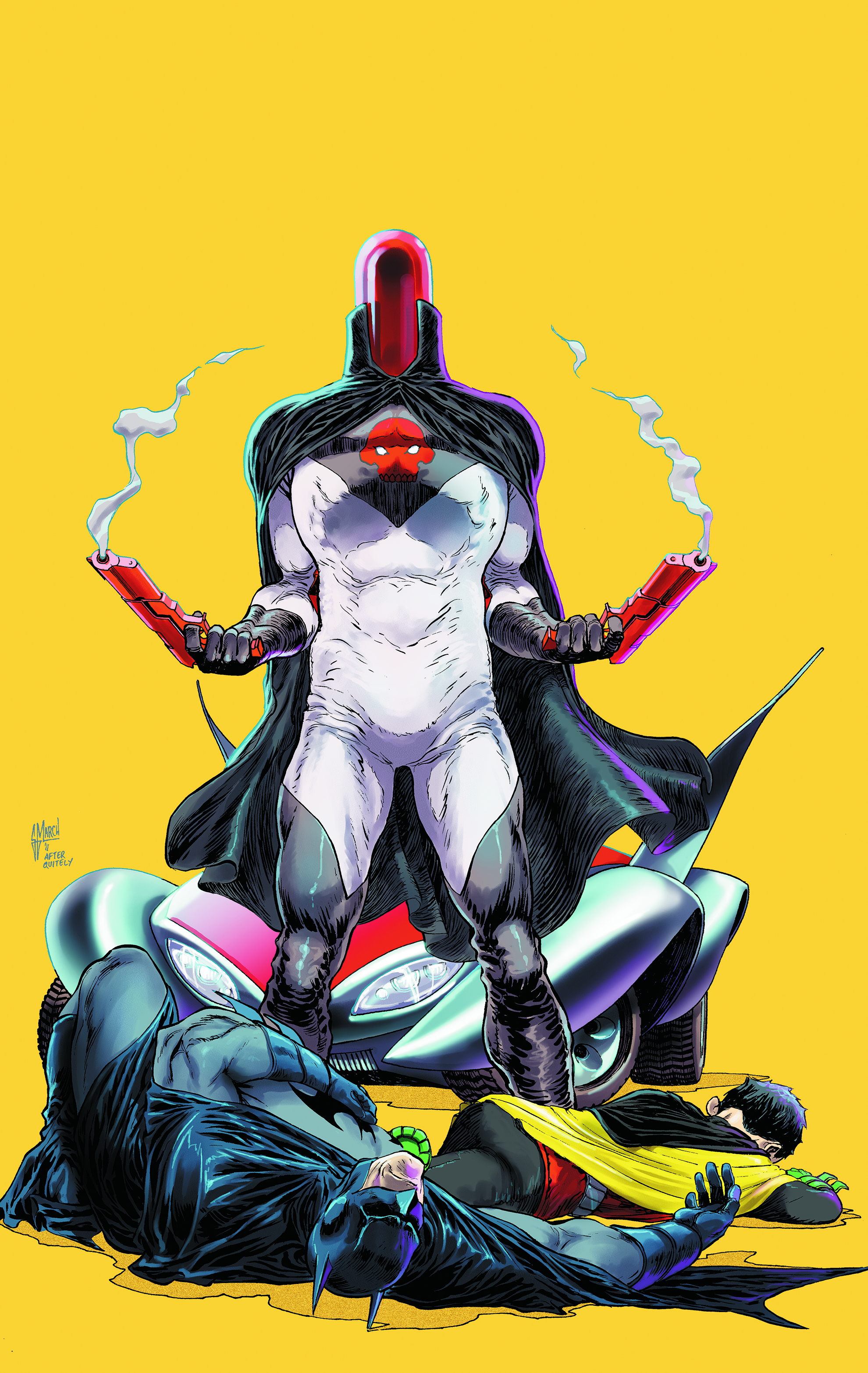 MAR110300
(W) Judd Winick (A/CA) Guillem March
Written by JUDD WINICK
Art and cover by GUILLEM MARCH
1:10 Variant cover by GENE HA
Jason Todd - Batman's one-time sidekick, currently the anti-hero known as Red Hood - has been imprisoned in Arkham Asylum for the past several months. But after a period of good behavior, will a transfer to a lower-security prison mean reformation for Jason Todd . . . or is trouble waiting in the wings for Batman and Robin? Don't miss "The Streets Run Red" part one of three!
On sale MAY 11