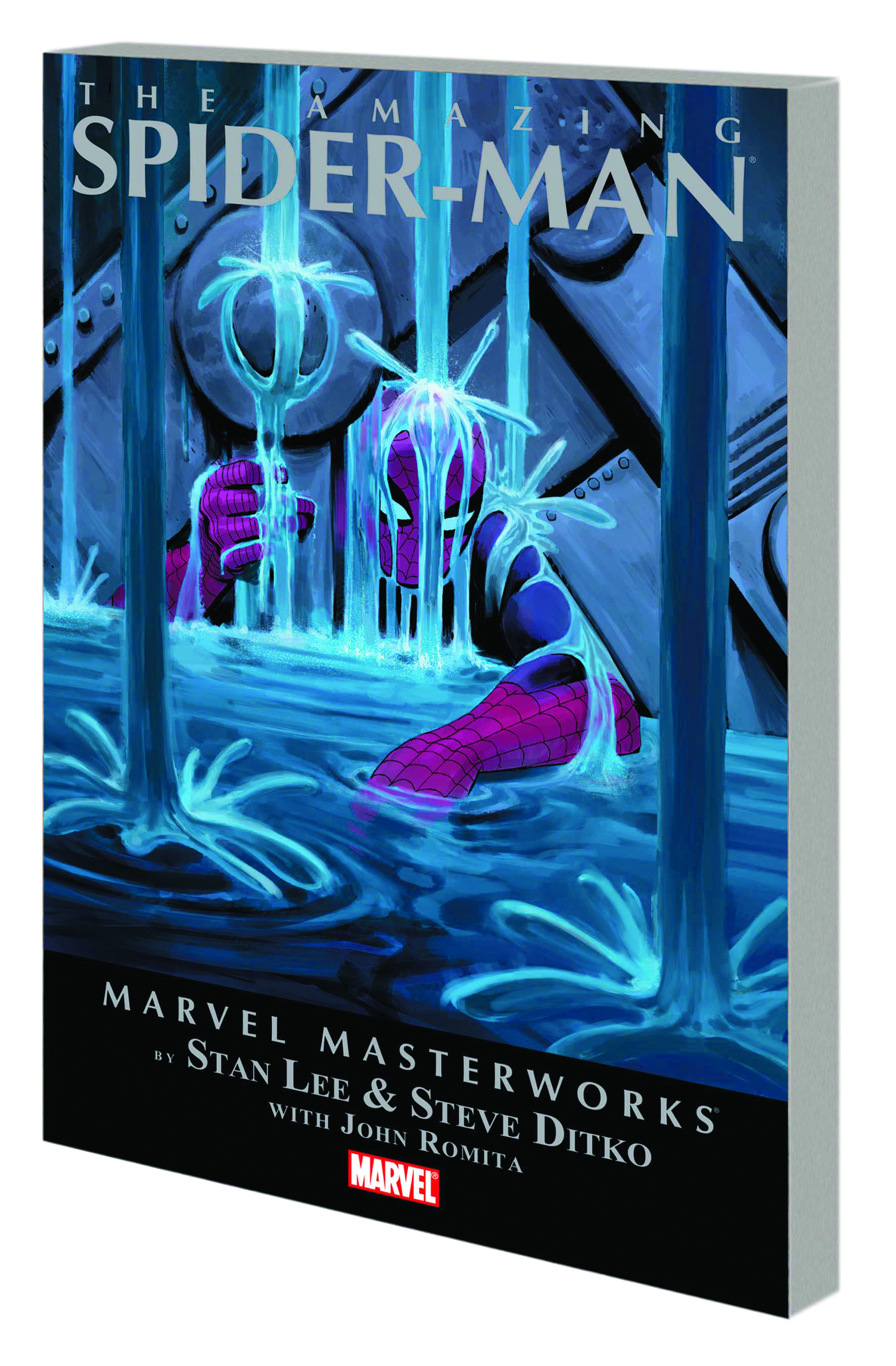 MAR100623
(W) Steve Ditko, Stan Lee (A) John Romita (CA) Dean White (A/CA) Steve Ditko
Written by STAN LEE & STEVE DITKO
Penciled by STEVE DITKO & JOHN ROMITA
Cover by STEVE DITKO & DEAN WHITE
Spinning Spidey's webs to greater and greater heights, Stan Lee and Steve Ditko created an unabashed cultural phenomenon in The Amazing Spider-Man. Their blend of Peter Parker's everyday woes, mixed with his webslinging alter ego's super-heroic exploits, was something undeniably special. And after years of perfecting that formula, they unleashed their Spider-Man masterpiece-the Master Planner saga. Spidey roots out the secret hideout of the mastermind that has been terrorizing New York, but he won't take him down without a challenge. Buried under a mountain of machinery with the clock ticking and Aunt May's life on the line, Stan and Steve put Spider-Man through the most wrenching experience of his career and define a hero in the process. They'll also introduce you to Gwen Stacy for the very first time; show you around the campus at E.S.U.; and run the gamut from Kraven the Hunter to "Just a Guy Named Joe" before a new talent joins the Spider-Man family. The Jazzy One, John Romita, makes his Spider-Man debut! And oh, what a debut it is! His identity uncovered by the Green Goblin, Spidey finds himself fighting for his life only to discover the Goblin is none other than Norman Osborn. To top it off you'll get the Green Goblin's origin in an edge-of-your-seat Marvel classic, and, as an amazing never-before-seen bonus, the complete pencils to Amazing Spider-Man #31! Collecting AMAZING SPIDER-MAN #31-40.