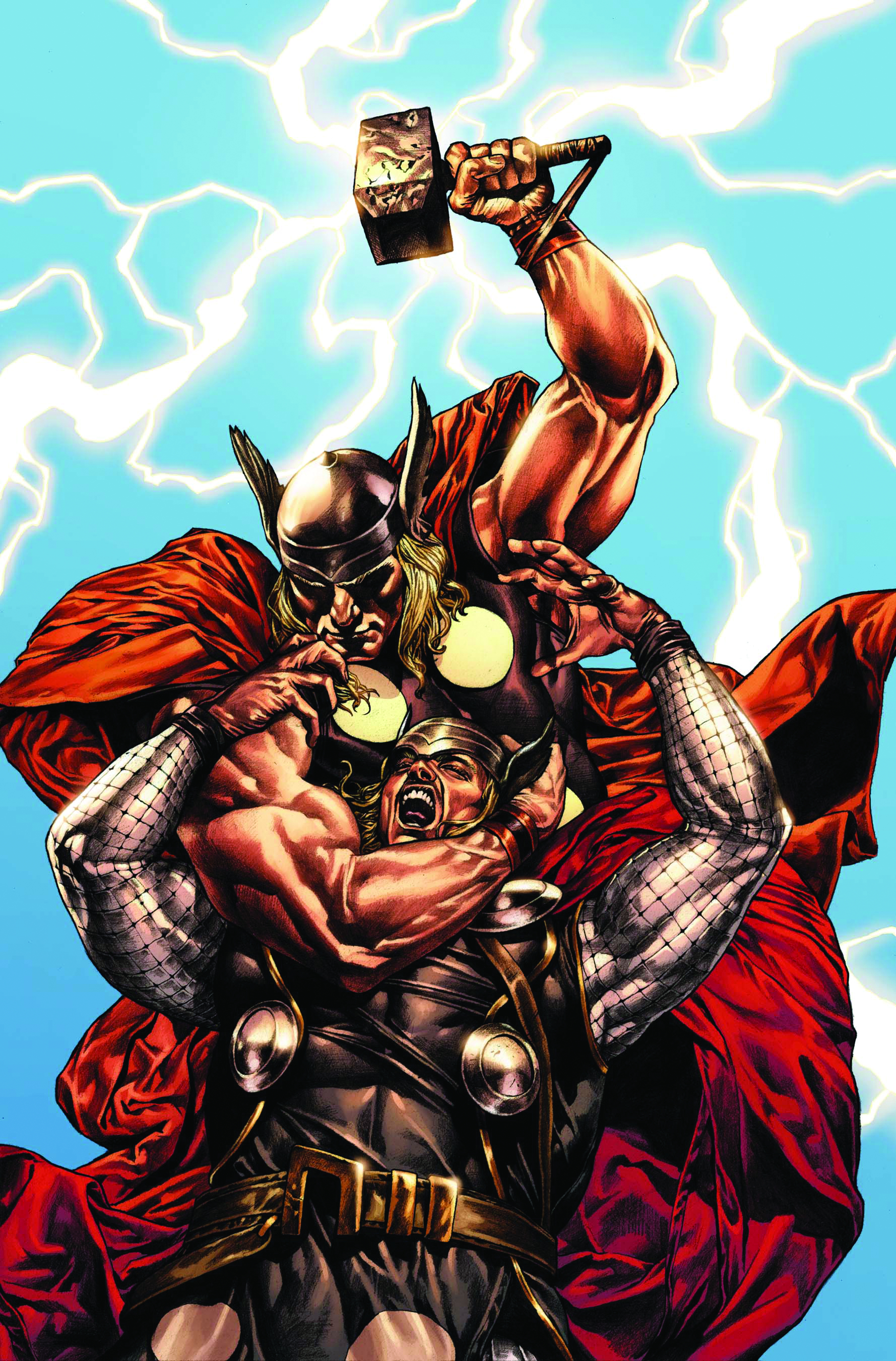 MAR100577
(W) Kieron Gillen (A) Doug Braithwaite (CA) Mico Suayan
Written by KIERON GILLEN
Art by DOUG BRAITHWAITE
Cover by MICO SUAYAN
Heroic Age Variant by MICO SUAYAN
THOR vs. THOR! Standalone issue! You've heard the word of mouth about Kieron Gillen's critically acclaimed run on THOR...now he teams with the legendary Doug Braithwaite (THOR: GOD-SIZED SPECIAL) to bring you the God of Thunder's fight of the decade! The Siege of Asgard has devastated the Shining City, and the Norse heroes have suffered tremendous losses...but the worst is yet to come! Taking advantage of the chaos, the insane clone of Thor called RAGNAROK comes to Asgard to kill Thor and all his kind! Will Ragnarok be the end of what little was able to survive the Siege?!