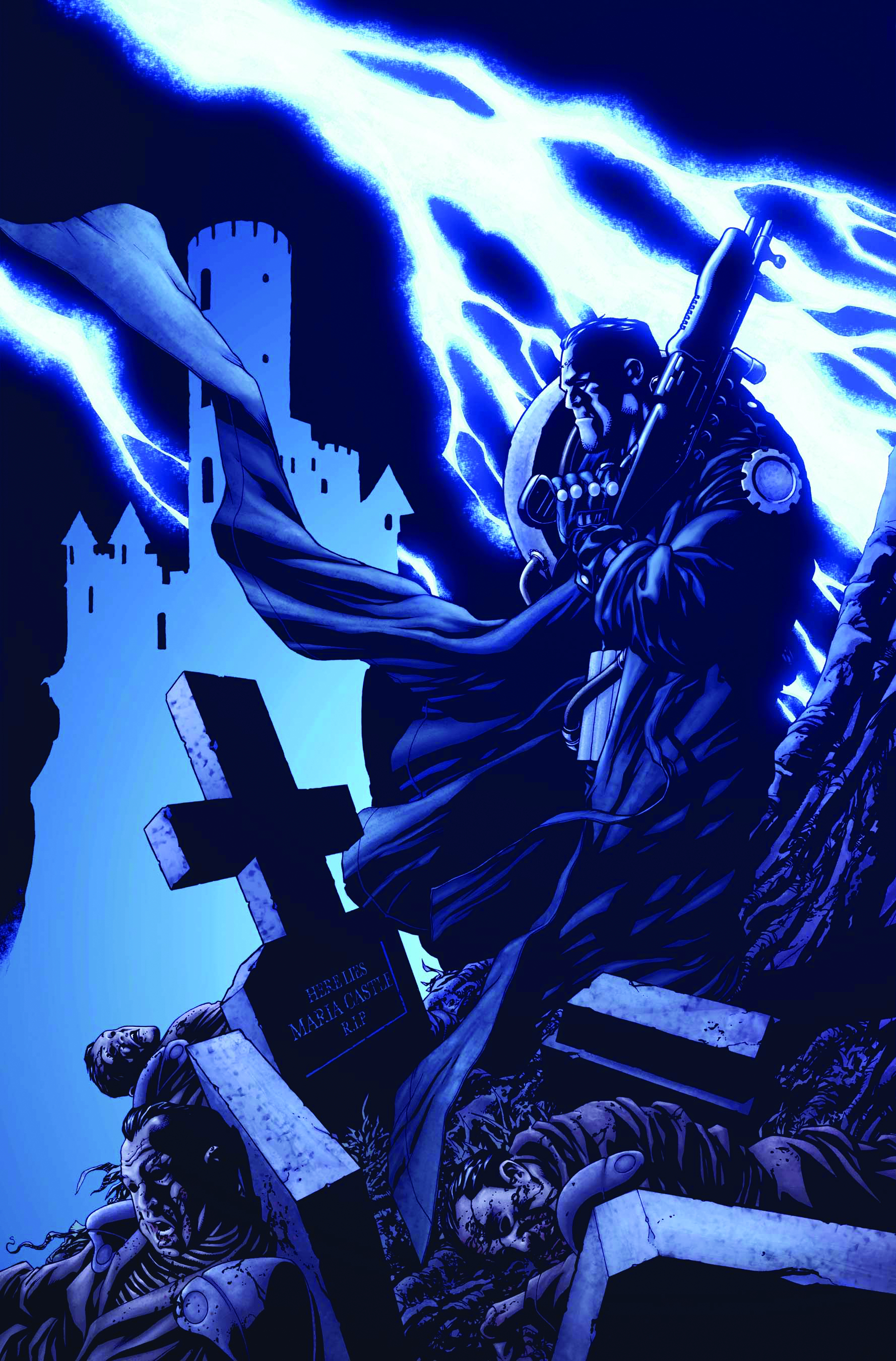 MAR100562
(W) Rick Remender (A) Roland Boschi (CA) Mike McKone
Written by RICK REMENDER
Penciled by ROLANEL BOSCHI
Cover by MIKE MCKONE
Heroic Age Variant by TBA
Prelude to PAYBACK!
Punisher: REBORN!  In the past few months, Frank Castle has had his family desecrated by the Hood, been killed by Daken, been slashed to ribbons by The Hand, been hunted by Microchip's Deadly Dozen, and had a bounty placed on his head by Jigsaw.  But now, The Punisher has made a list of his own.  God help you if your name is on it. It's time for the rise of Frank Castle.  It's time for PAYBACK.