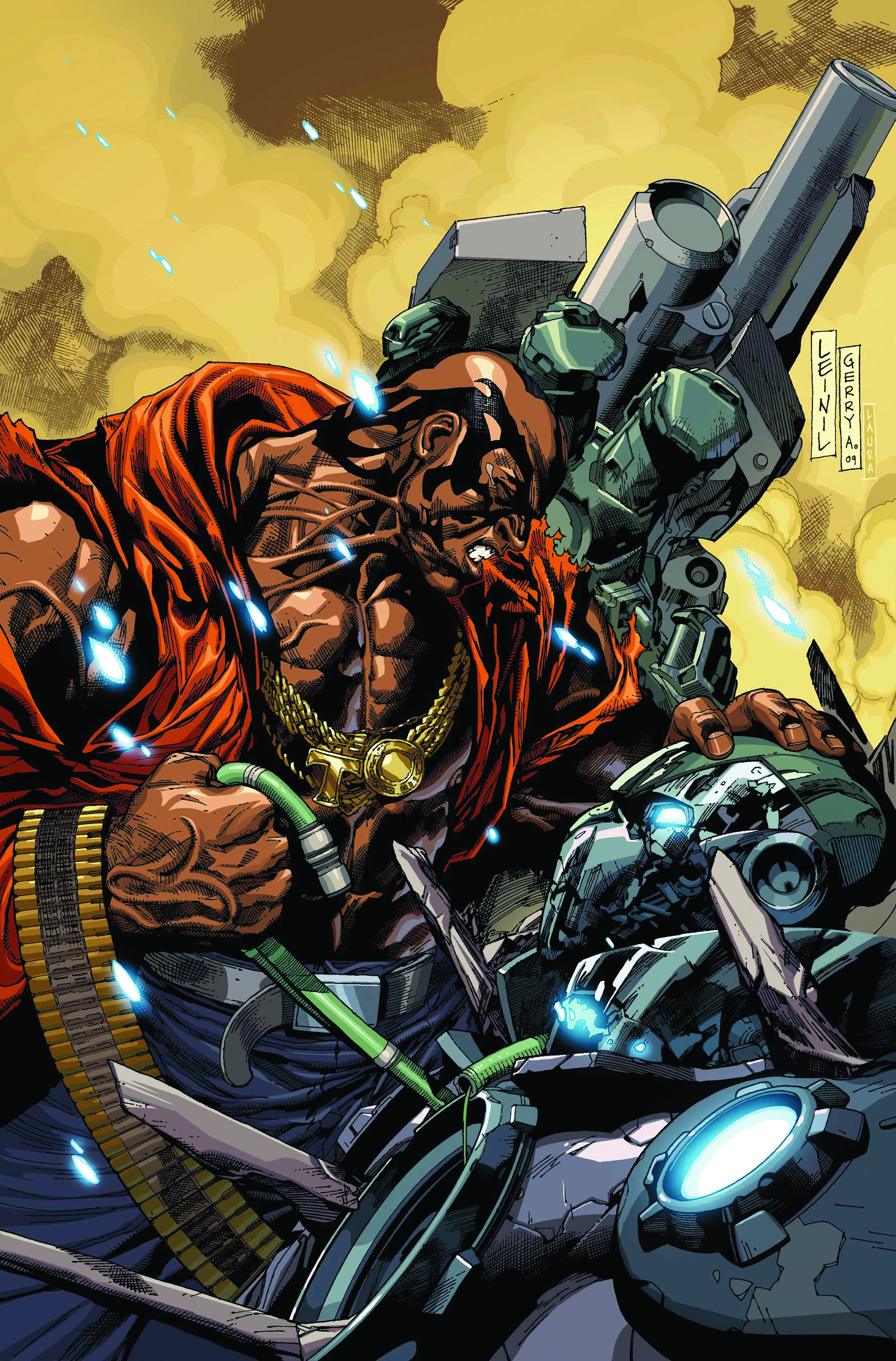 MAR100496
(W) Mark Millar (A/CA) Leinil Francis Yu
Written by MARK MILLAR
Pencils & Cover by LEINIL FRANCIS YU
The Avengers have their first mission: track and neutralize the Ghost Rider for good.  But they need one more recruit to help them do the job...and he's not so cooperative. How do you put down a HULK?  Chuck a few tons of metal at him! War Machine and the newest HULK go head-to-head and it gets explosive. Hotshot creators MARK MILLAR and LEINIL YU bring you the next blazing chapter of ULTIMATE COMICS AVENGERS: CRIME AND PUNISHMENT!