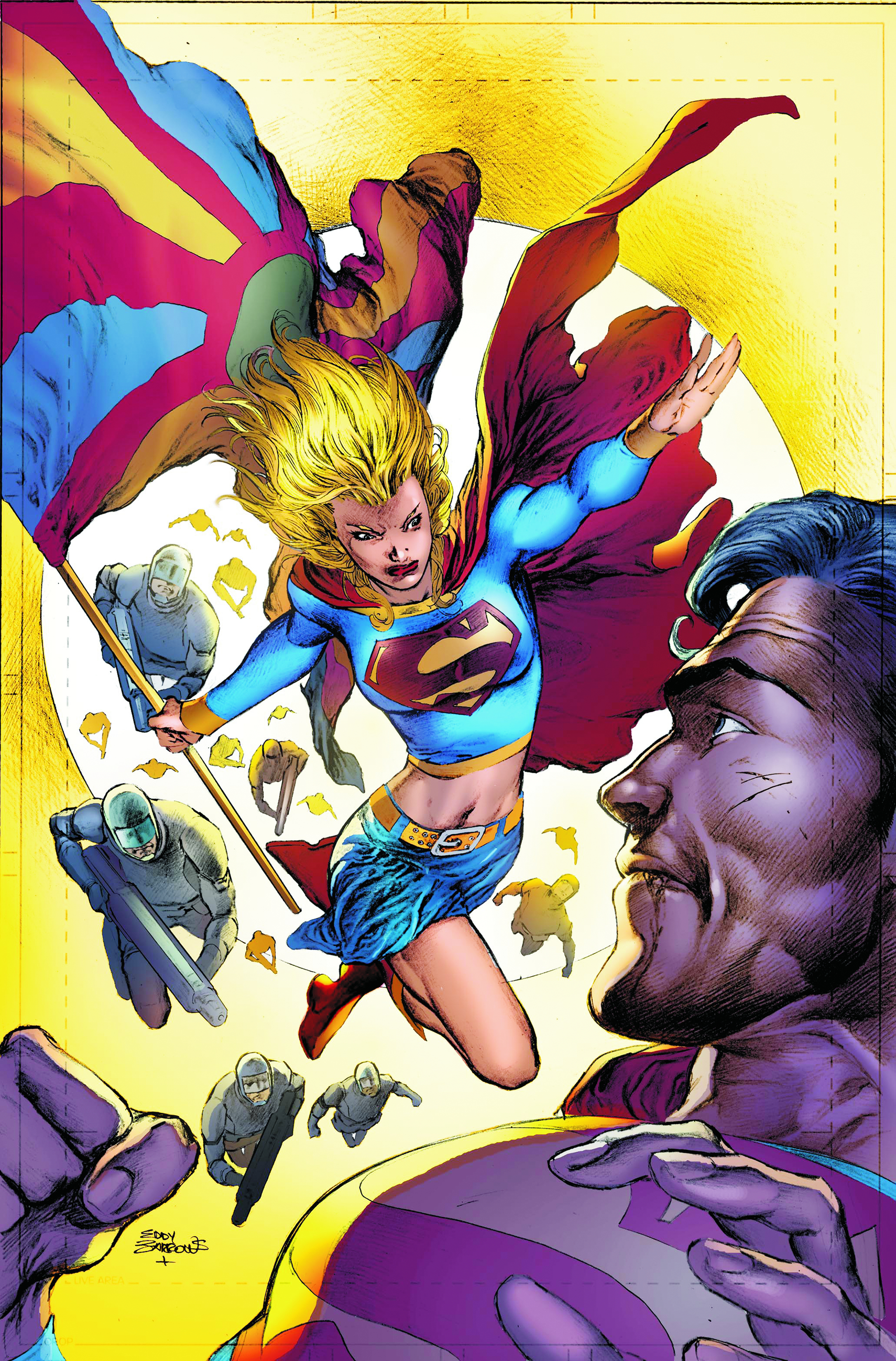 MAR100201
(W) Sterling Gates, James Robinson (A) Eduardo Pansica (CA) Eddy Barrows
Written by STERLING GATES & JAMES ROBINSON
Art by JAMAL IGLE & JON SIBAL
Cover by EDDY BARROWS
1:25 variant cover by AARON LOPRESTI
The Battle for Mars! With Superman having left the Kryptonian military to try to stop the war, General Zod needs a new Commander El - enter Supergirl! As Zod's army gets closer to Earth, the battlefield shifts to Mars where Superman must confront his cousin! Neither wants to fight, but both will do what they must for the sake of what they think is right! Meanwhile, Superboy knows what he must do to stop this war - even if it means becoming hated by both planets!