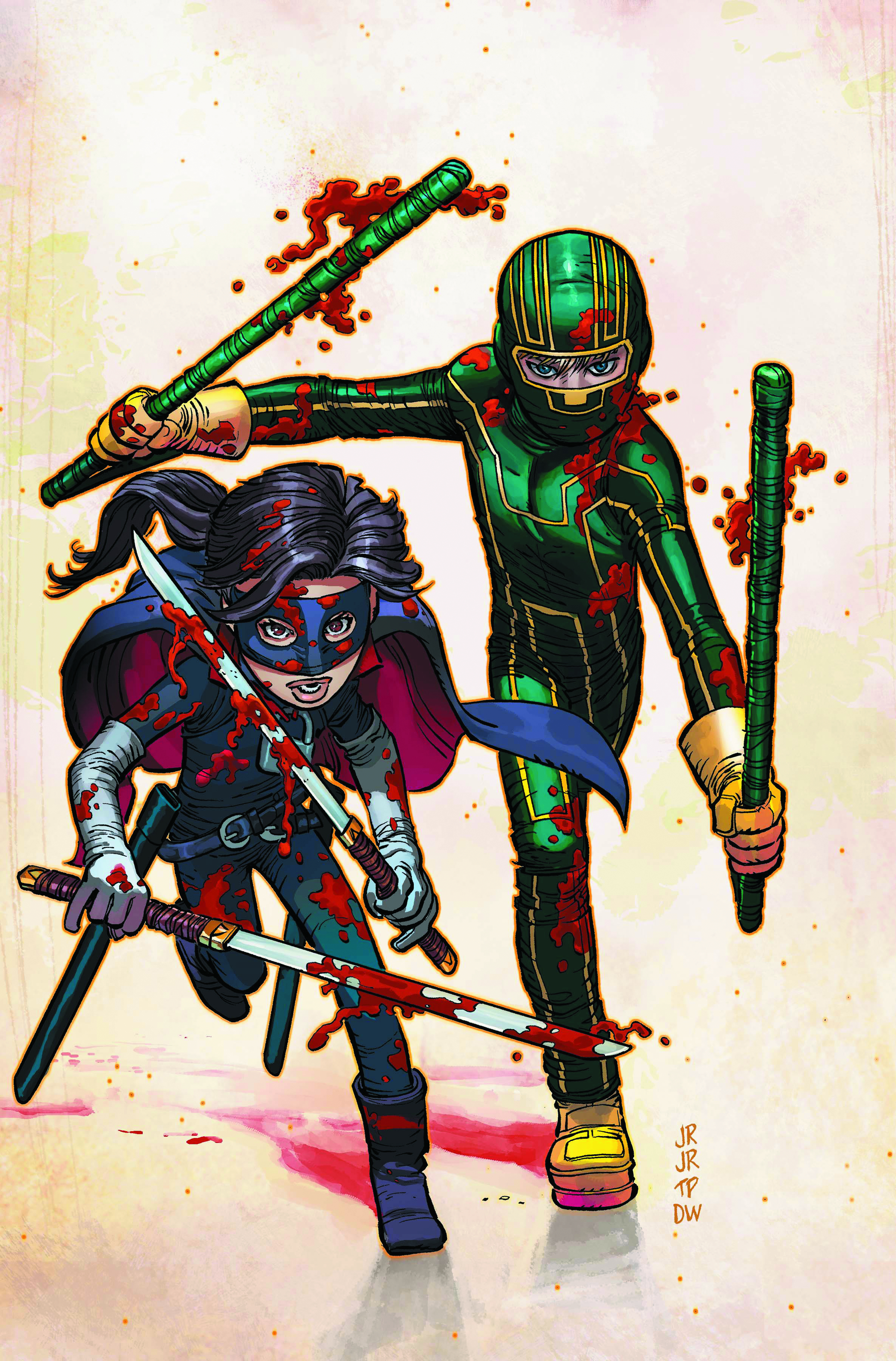 MAR092617
(W) Mark Millar (A/CA) John Romita
Written by MARK MILLAR
Pencils & Cover by JOHN ROMITA JR
THIS IS IT!!! The final confrontation as KICK-ASS and HIT GIRL test their mettle. Bodies will fly and bad guys will die as the biggest surprise hit super-hero comic of the twenty-first century reaches shocking new heights! Who will live? Who will be morally outraged? MARK MILLAR (WOLVERINE: OLD MAN LOGAN) and JOHN ROMITA JR. (AMAZING SPIDER-MAN) know the answers - and they hold NOTHING BACK in what's sure to be the most talked-about single issue of the year!
32 PGS./Mature ...$2.99