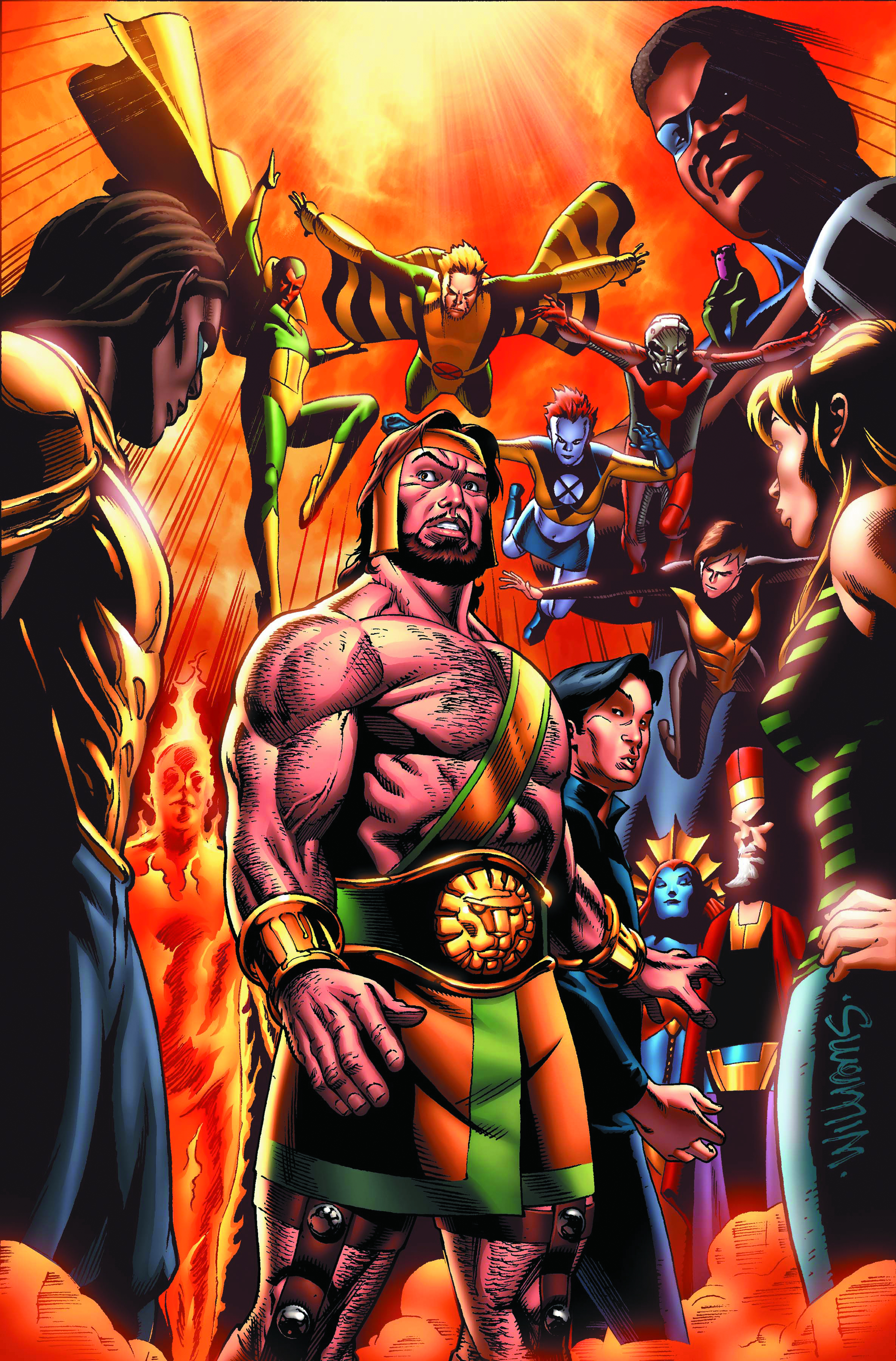 MAR092574
(W) Greg Pak (A) Ryan Stegman (CA) David Williams
Written by FRED VAN LENTE & GREG PAK
Penciled by RYAN STEGMAN
Cover by DAVID WILLIAMS
In this issue: HERCULES AND AMADEUS CHO DIE!!! We heard that cheap death sells comics, and we're more than happy to oblige. Though seriously, if you had to plunge into the UNDERWORLD and bring back Hercules' slain father ZEUS to counter Hera's power, could you think of a better plan? And come to think of it, have you ever noticed how...  impermanent death is in the Marvel Universe? Well, while hobnobbing among the most famous Marvel deceased over the last few years, Herc and Cho learn the terrible secret why -- and why PLUTO, Lord of the Dead, is fighting-mad about it!
32 PGS./Rated T+ ...$2.99