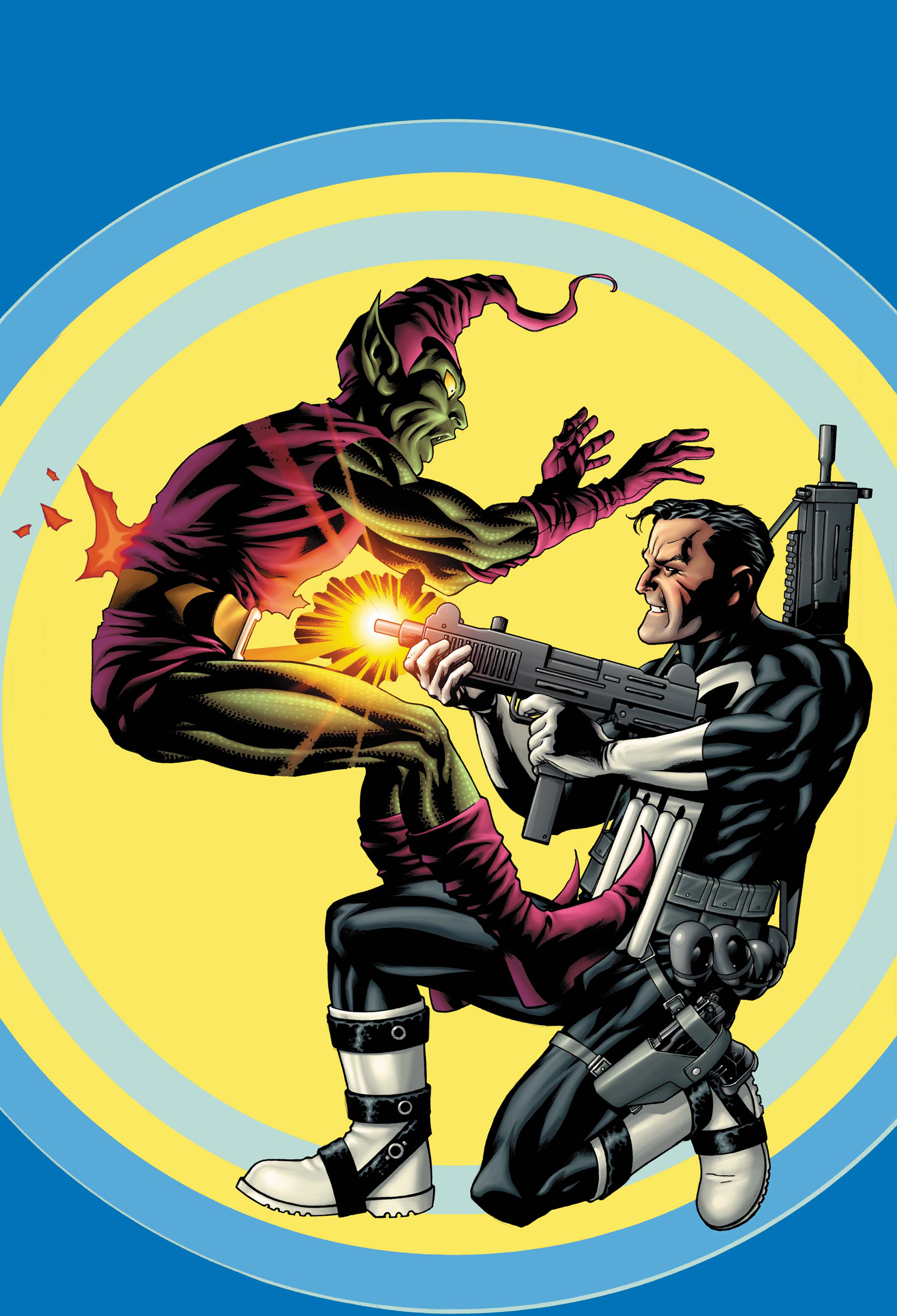 MAR092552
(W) Rick Remender (A) Jerome Opena
Written by RICK REMENDER
Penciled by JEROME OPENA
50/50 Covers by MIKE MCKONE
"LIVING IN DARKNESS": CONCLUSION-Frank Castle will kill the Hood or die trying. With his city under siege, a high bounty on his head and nothing left to lose, The Punisher dives in for a direct confrontation with New York's new kingpin of crime - and what he discovers within The Hood's secret base will shock the Marvel Universe to its core.  Who is The Hood's mysterious new lieutenant? What is The Hood truly capable of?  And exactly how far will he go to take down the biggest threat to his brutal underworld reign?
32 PGS./Parental Advisory ...$2.99