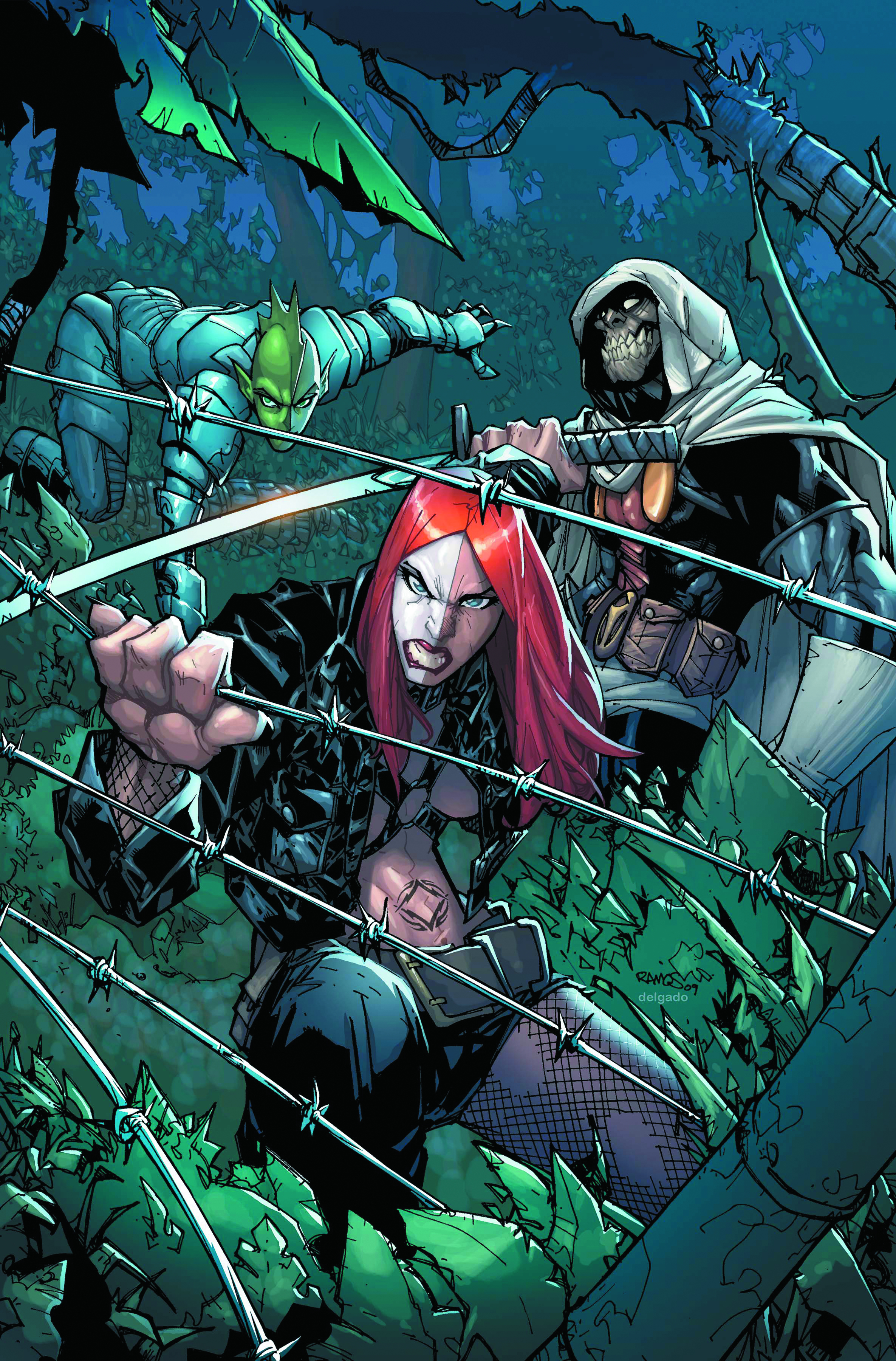 MAR092533
(W) Christos N. Gage (A/CA) Humberto Ramos
Written by CHRISTOS N. GAGE
Pencils & Cover by HUMBERTO RAMOS
THE INITIATIVE: DISASSEMBLED CONTINUES!  A Dark Reign has fallen.  Norman Osborn has disbanded S.H.I.E.L.D. and shut down Camp Hammond.  That leaves the Shadow Initiative out in the cold...stuck in Madripoor with no means of escape, hunted by an army of Hydra agents, including Wolverine's old foes, Bloodscream and Roughhouse!  They have no idea if Norman even knows they're out there, or if they're better off if he doesn't!  If you thought changing costumes was the biggest event in Taskmaster's career, you cannot miss this issue...
32 PGS./Rated T+ ...$2.99