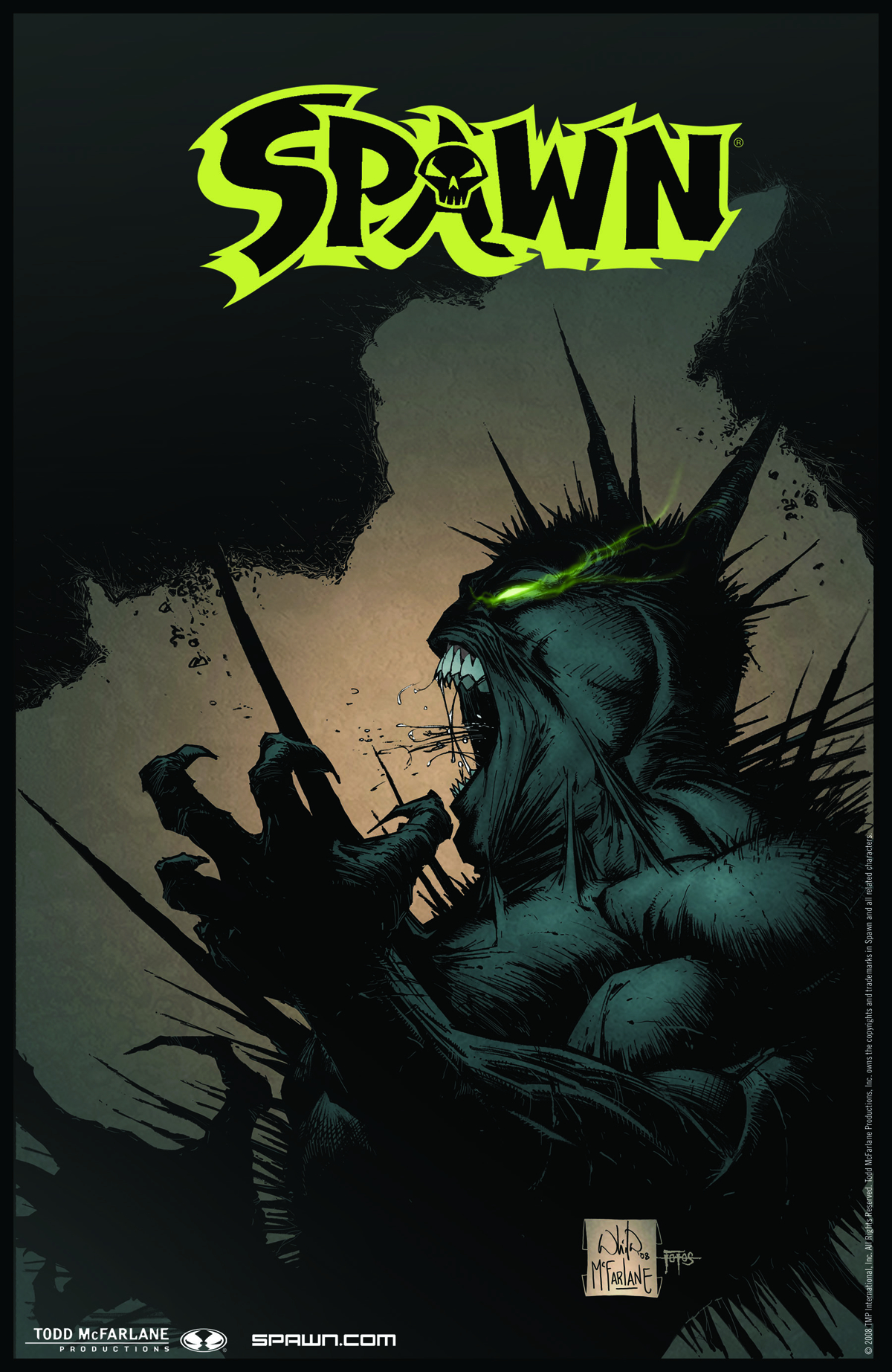 "ENDGAME," Part Eight
Realizing that there is no one he can fully trust, Jim sets out on his own, growing increasingly paranoid and desperate for answers regarding his identity. As he becomes more and more reliant on the Spawn entity to sustain him, enemies begin closing in from all sides. Meanwhile, detectives Sam and Twitch make a surprising discovery. Brought to you by TODD McFARLANE, WHILCE PORTACIO and BRIAN HOLGUIN.