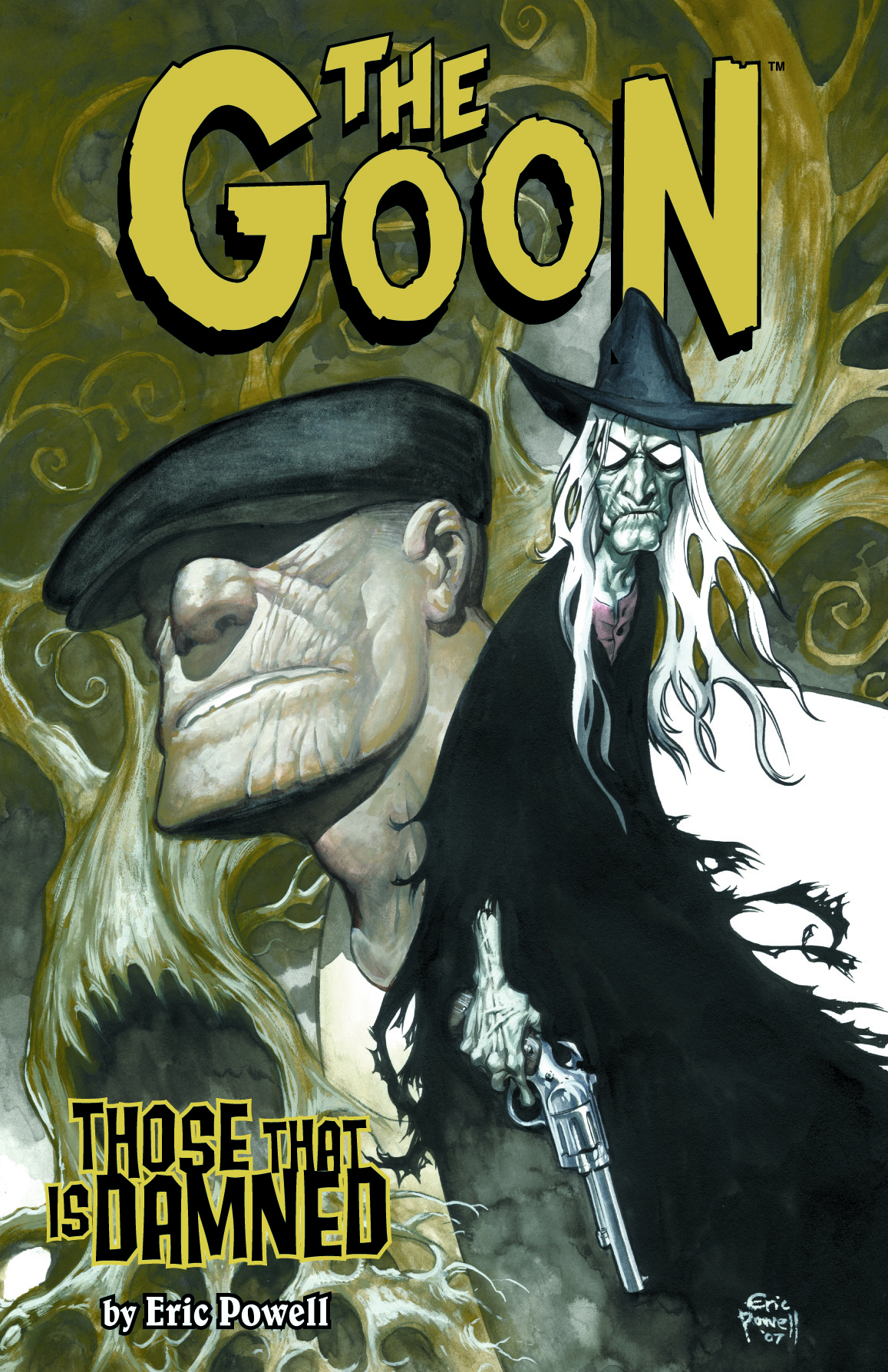 The town on the edge of Horse-Eater's Wood is permeated by all manner of dark things-hatred, fear, unhappiness, demons, and the undead (to name a few)-brought on by a curse that has festered within the forest for many years. The Goon himself was drawn by the power of the curse, but his soul is not consumed by this bleak place, and he discovers that he is the only hope for his town.

Goon's greatest foe, the dead mobster Labrazio, mounts his assault from a macabre burlesque house, using the Zombie Priest and his demonic kitty to put on the squeeze. It's up to the Goon, Franky, and all their pals to fight for the life their town deserves!

o Multiple Eisner Award-winning creator Eric Powell brings you more of the Goon you love in part two of a three-part trade-paperback series, the most epic Goon tale yet-The Return of Labrazio.