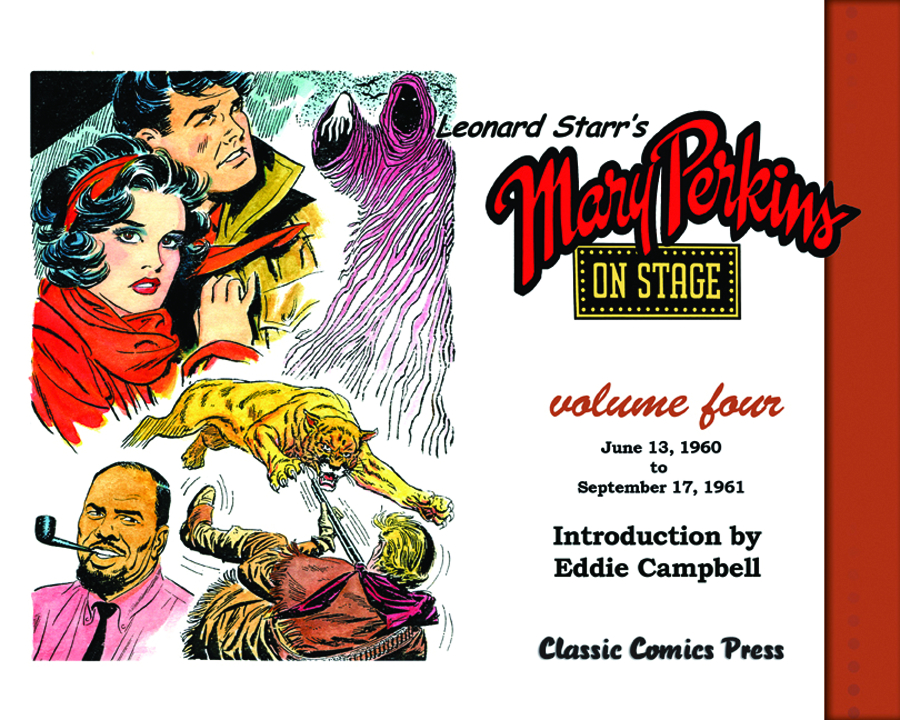 MAR083579
(W) Leonard Starr (A/CA) Leonard Starr
Volume 4 of the Eisner-nominated series Leonard Starr's Mary Perkins on Stage includes dailies and Sundays originally published from June 13, 1960 to September 17, 1961! Also included is an interview with Leonard Starr by Richard Howell and Carol Kalish. The interview originally appeared in Comics Feature issue 9 in 1981 and now features a new introduction by Richard Howell. In addition, the introduction for Volume 4 will be done by the Australian illustrator and publisher, Eddie Campbell (From Hell)!
In Shops: Apr 30, 2008
SRP: $24.95
View All Items In This Series
ORDER WISH LIST