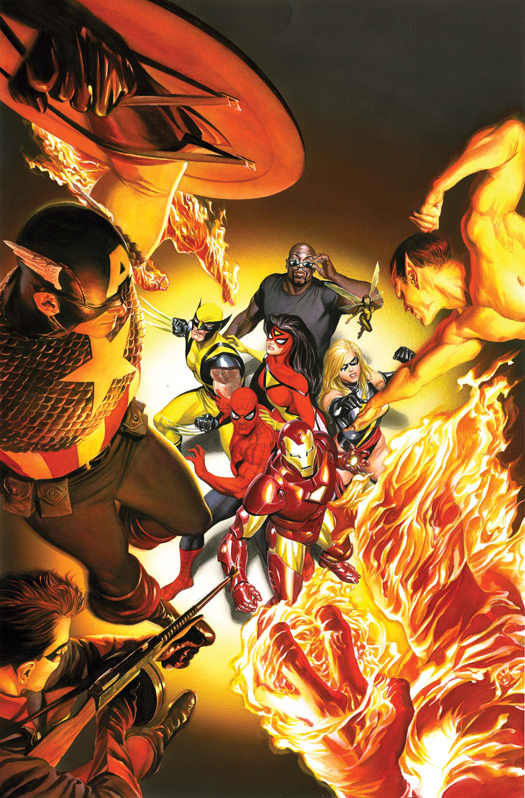 MAR082168
(W) Jim Krueger, Alex Ross (A) Stephen Sadowski (CA) Alex Ross
Written by Jim Krueger  and Alex Ross
Penciled by Steve Sadowski
Cover by ALEX ROSS
Variant Cover by David Finch
Legends Live Again.
The original Invaders (Captain America , Bucky , Human Torch , Toro , and the Sub-Mariner) return in a twelve issue maxi-series by the award winning team behind EARTH X, Justice and Project Superpowers .The greatest super-team of World War II finds themselves transported from the battlefields of the Second World War to a future they never imagined! Now, the Invaders find themselves confronted by two teams of Avengers who want desperately to believe these heroes are who they say they are, while Tony Stark faces his greatest challenge since the Civil War as he must deal with the "return" of Steve Rogers.  Confronted by a world they barely recognize, the Invaders will have to show two teams of the Earth's Mightiest Heroes just what kind of power, courage and sheer determination it took to defeat the forces of unrelenting evil in the Twentieth century. In fact...they may just have to do it again in the Twenty-First.
32 PGS./Rated T+ ...$2.99