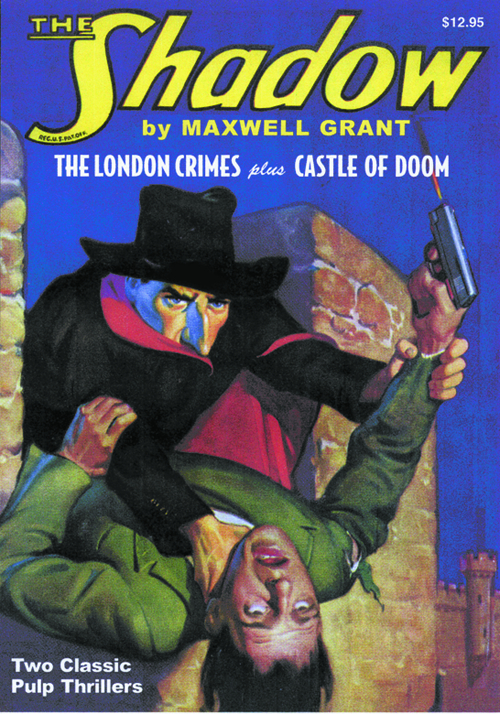 MAR073884
(W) Maxwell Grant Walter Gibson (A) Tom Lovell (CA) George Rozen
"Who knows what evil lurks in the hearts of men? The Shadow Knows!" The Knight of Darkness returns in two of Walter Gibson's most extraordinary pulp thrillers. First, two legendary crimefighting agencies join forces when The Shadow teams with England's legendary Scotland Yard to investigate "The London Crimes" and the master criminal known as The Harvester. Then, The Shadow journeys to a strange "Castle of Doom," where murder lurks behind its battlements. Mystery and intrigue abound in this thrilling tale of lost treasure, secret underground passages, and ghostly apparitions. In honor of The Shadow's first British adventure, popular culture historian Anthony Tollin chronicles the 1930s and 1950s English pulp reprints and the 1940s Australian Shadow radio series. This classic pulp reprint also showcases George Rozen's dazzling pulp covers and all the original interior art by acclaimed illustrator Tom Lovell!