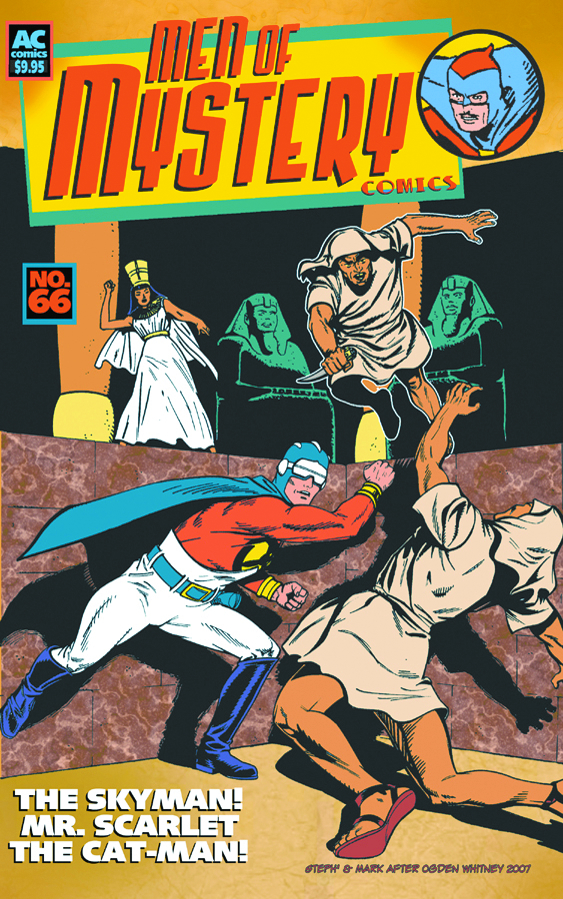 MAR073072
by Various
Skyman headlines the vintage offerings this month, in an untitled story from a 1943 issue of Big Shot. A long-running and successful costumed hero from the Columbia Comics stable, Skyman maintained a healthy nine year run in the 40's. Also, don't miss Fawcett Comics' Mr. Scarlet in "Murder by Magic," a feature-length Dollman adventure, a visit into history with Kid Eternity, and an appearance by that stalwart sensation from Down Under: the Cat-Man! Contributors include Gardner Fox, Otto Binder, Bill Woolfolk, Ogden Whitney, Carl Pfeufer, John Spranger, and more.