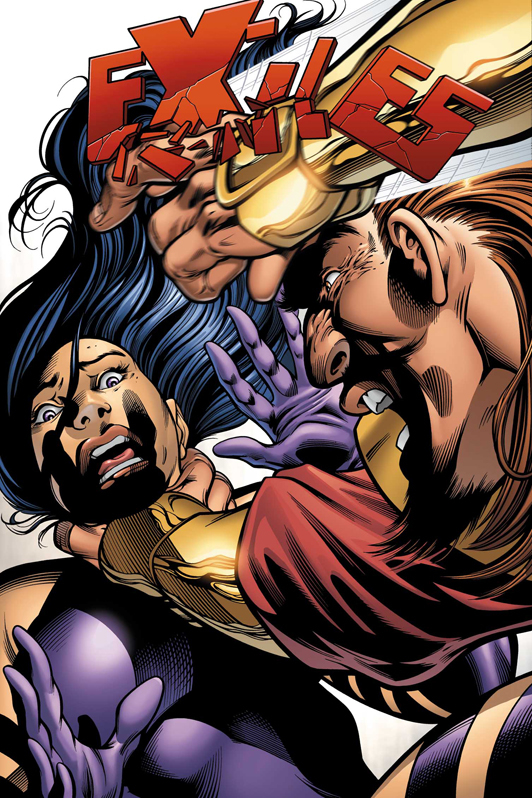 MAR072117
(W) Chris Claremont (A) Paul Pelletier
Written by CHRIS CLAREMONT
Pencils and Cover by PAUL PELLETIER
ENEMY OF THE STARS Part 5 (of 5)
The universe-shattering conclusion of Chris Claremont's first arc on EXILES! This Earth's Madame Hydra has brought the planet to its knees. Now she's ready to deliver a final, fatal blow to her former husband, Reed Richards. Can this last hero standing stop his world from dying with the help of Psylocke and Sabretooth? Or will this be the first world the Exiles fail to save?
32 PGS./Rated A ...$2.99