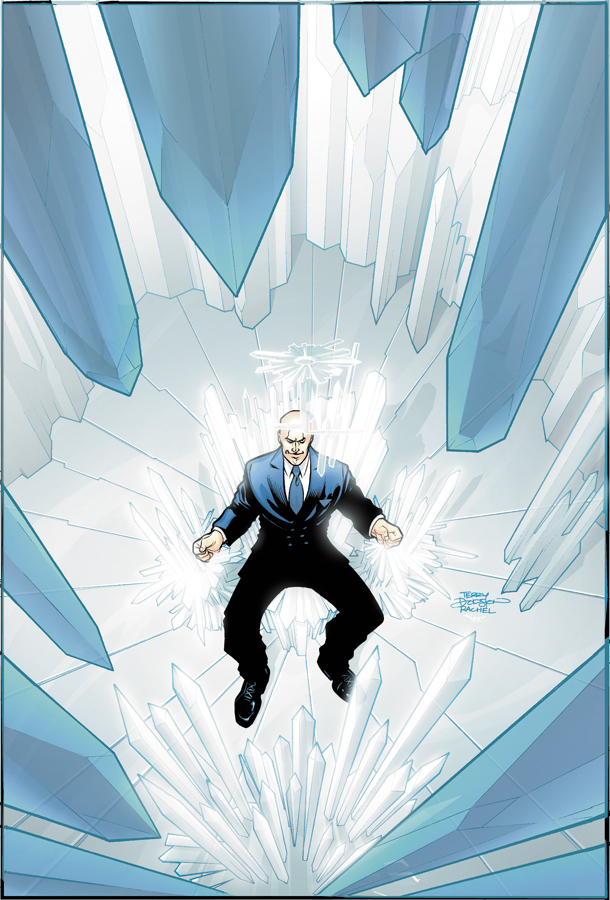 MAR060297
(W) Kurt Busiek, Geoff Johns (A) Renato Guedes (CA) Terry Dodson
Written by Geoff Johns & Kurt Busiek
Art by Pete Woods
Cover by Terry Dodson & Rachel Dodson
Part 6 of the 8-part "Up, Up, and Away!" While Superman goes all-out to clean up the plague of villains overrunning Metropolis, Lex Luthor finally strikes with a devastating attack that could literally tear the city apart!
And as Lex unleashes an engine of destruction from the center of the Earth, lost secrets of Krypton are revealed, the Daily Planet faces a huge story without its top reporter, and three unexpected words mark a turning point for Lois and Clark!