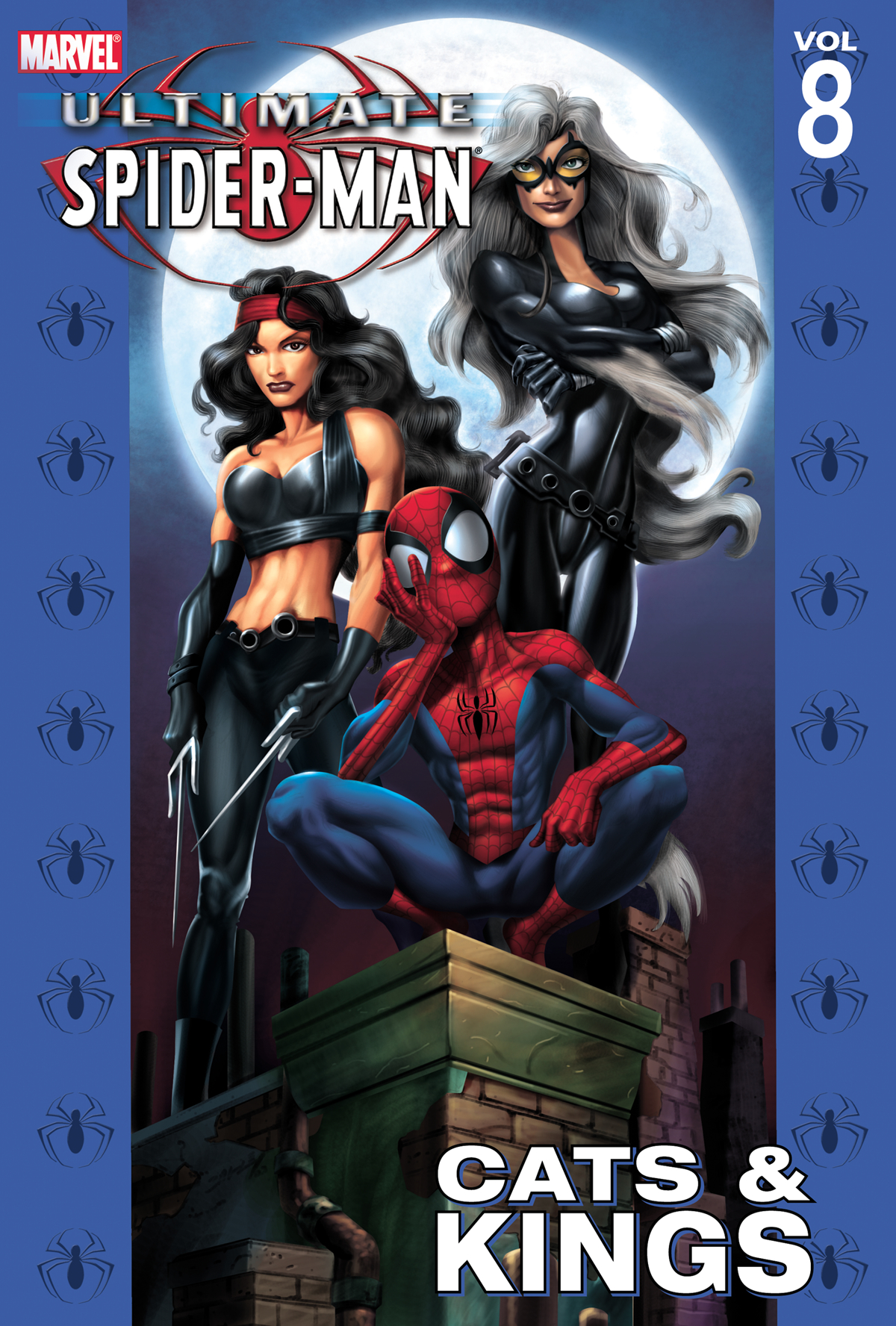 MAR041714
(W) Brian Michael Bendis (A/CA) Mark Bagley
Written by Brian MICHAEL Bendis
Pencils & Cover by Mark Bagley
Sam Bullit is running for Mayor of New York City on an anti-Spider-Man campaign, and Daily Bugle Editor-in-Chief J. Jonah Jameson is backing him 100%. But who's pulling Bullit's strings? None other than the Kingpin of Crime. Plus: Spider-Man meets the sexy and elusive cat burglar called the Black Cat, who claws herself into the young web-slinger's life and purrs her way into Peter Parker's. When the Cat gets her paws on a stolen tablet that the Kingpin desperately wants, the crime lord hires the deadly Elektra to retrieve the artifact for him. Collects ULTIMATE SPIDER-MAN #47-53.
184 PGS./ALL AGES