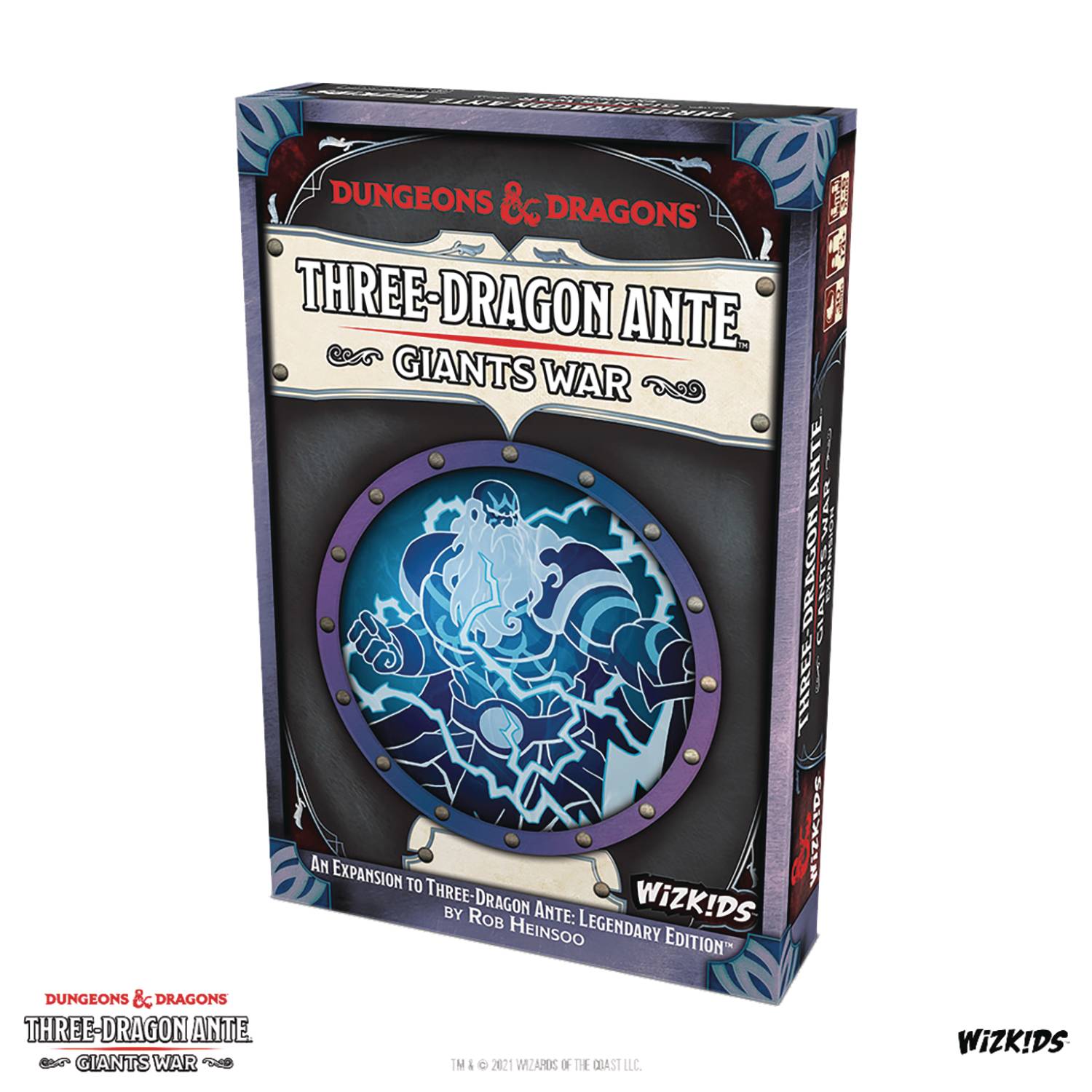 #
JUN229367
Long ago, dragons and giants fought a thousand-year war... and the human survivors commemorated the battles by adding the giants to their high stakes card game of luck and skill, Three-Dragon Ante! With over 100 new cards Three-Dragon Ante: Giants War adds a whole new way to play the classic Dungeons & Dragons standalone card game! You'll mix in new Giant suits, while you split the stakes in two: the Dragon Stakes and the Giants Stakes. Players fight for the stakes where their flight is strongest, giving you new routes to victory!
In Shops: Sep 28, 2022
SRP: $24.99
ORDER WISH LIST