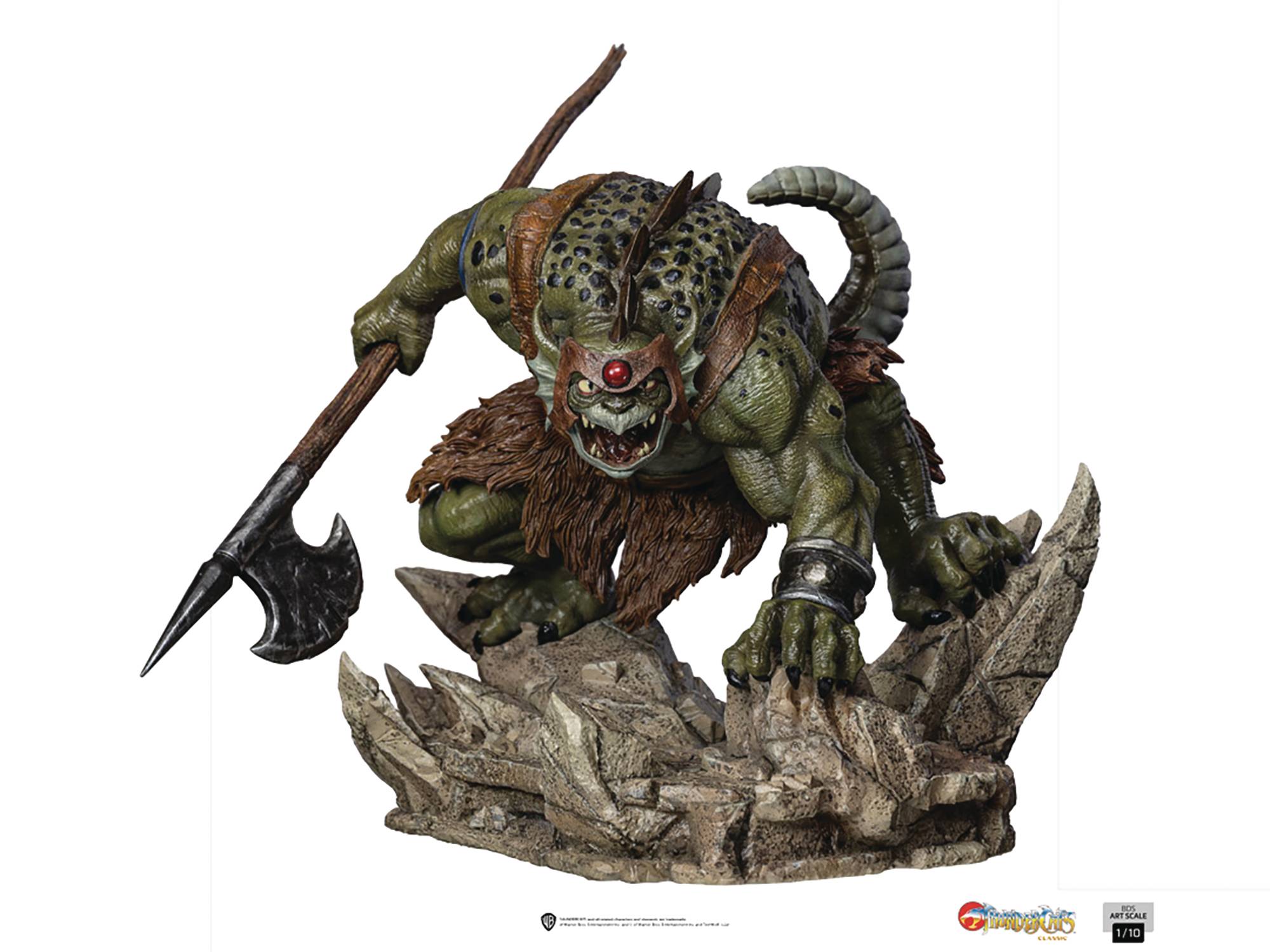 # # # # # # # #
JUN229292
From Iron Studios.  A member of the reptilian race of lizard-like anthropomorphic creatures from the planet Plun-Darr, Iron Studios presents the Slithe - BDS ThunderCats - Art Scale 1/10 statue of the surly self-proclaimed commander of the Mutants! Expanding the collection of statues in the line based on characters created by Tobin "Ted" Wolf, now it`s the turn of the mutant villains to join forces with the mummified sorcerer Mumm-Ra (already available) in a scene that will bring Vultureman, its leader Slithe, and his allies Monkian and Jackalman, as well as the canine Ma-Mutt in new Art Scale 1/10 statues from Iron Studios, available individually.