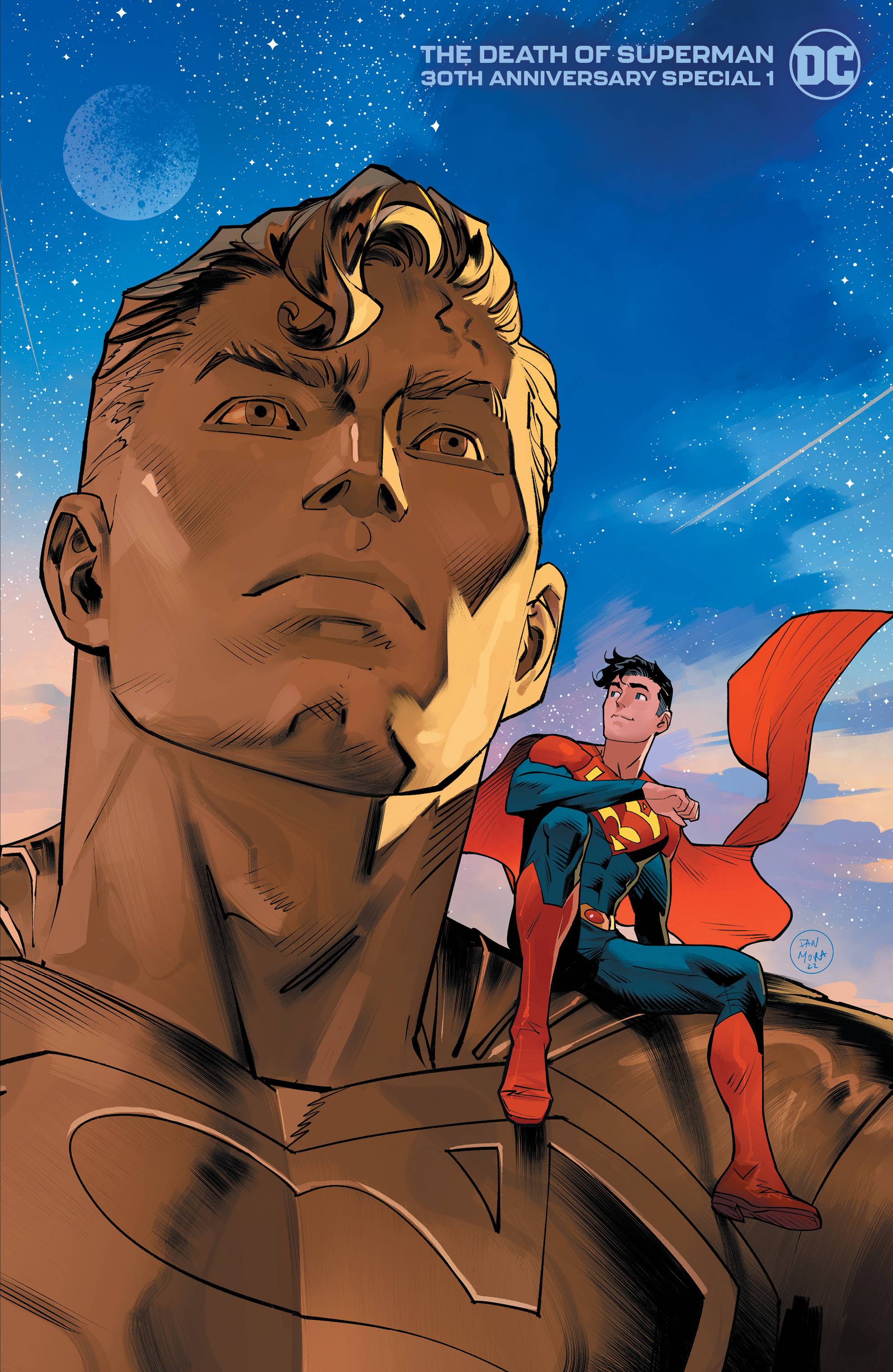 #
JUN228793
(W) Various (A) Various
Written by DAN JURGENS, ROGER STERN, LOUISE SIMONSON, and JERRY ORDWAY. Art by DAN JURGENS, BRETT BREEDING, BUTCH GUICE, JON BOGDANOVE, TOM GRUMMETT, and more! 30 years ago, the unthinkable happened. The Man of Steel died. After sacrificing himself to stop the unstoppable global threat, Doomsday, Metropolis and the rest of the DC Universe mourned the loss of their greatest hero. To mark this monumental moment in comics, DC has reunited the complete creative team behind the original event for four brand-new stories. Led by Dan Jurgens and Brett Breeding, the special kicks off with a new Superman story and villain...DOOMBREAKER! Followed by a series of short stories revisiting some of Superman's greatest allies and exclusive pinups done by some of comics' greatest artistic talent including LEE WEEKS, GABRIEL RODRIGUEZ, BILL SIENKIEWICZ, and WALTER SIMONSON. •  "The Life of Superman" by Dan Jurgens (W & A), Brett Breeding (A), Brad Anderson (C), and John Workman (L) - A young Jon Kent finds out in school that his dad had died years earlier, as his parents never told him about that fateful day. In the midst of dealing with this emotional news, Jon and Clark need to team up to fight a new villain connected to Doomsday called DOOMBREAKER. •  "Standing Guard" by Roger Stern (W), Butch Guice (A), Glenn Whitmore (C), and Rob Leigh (L) - The epic battle between Superman and Doomsday from the Guardians' perspective. •  "Time" by Louise Simonson (W), Jon Bogdanove (A), Glenn Whitmore (C), and Rob Leigh (L) - The story of how the death of Superman looked from John Henry Irons's perspective. •  "Above and Beyond" by Jerry Ordway (W), Tom Grummett (P), Doug Hazelwood (I), Glenn Whitmore (C), and Rob Leigh (L) - A powerful story of Ma and Pa Kent watching their son fight Doomsday live on television and going through Clark's photo albums with the feeling that their son always prevails.
In Shops: Nov 08, 2022
SRP: $10.99
View All Items In This Series
ORDER SUBSCRIBE WISH LIST