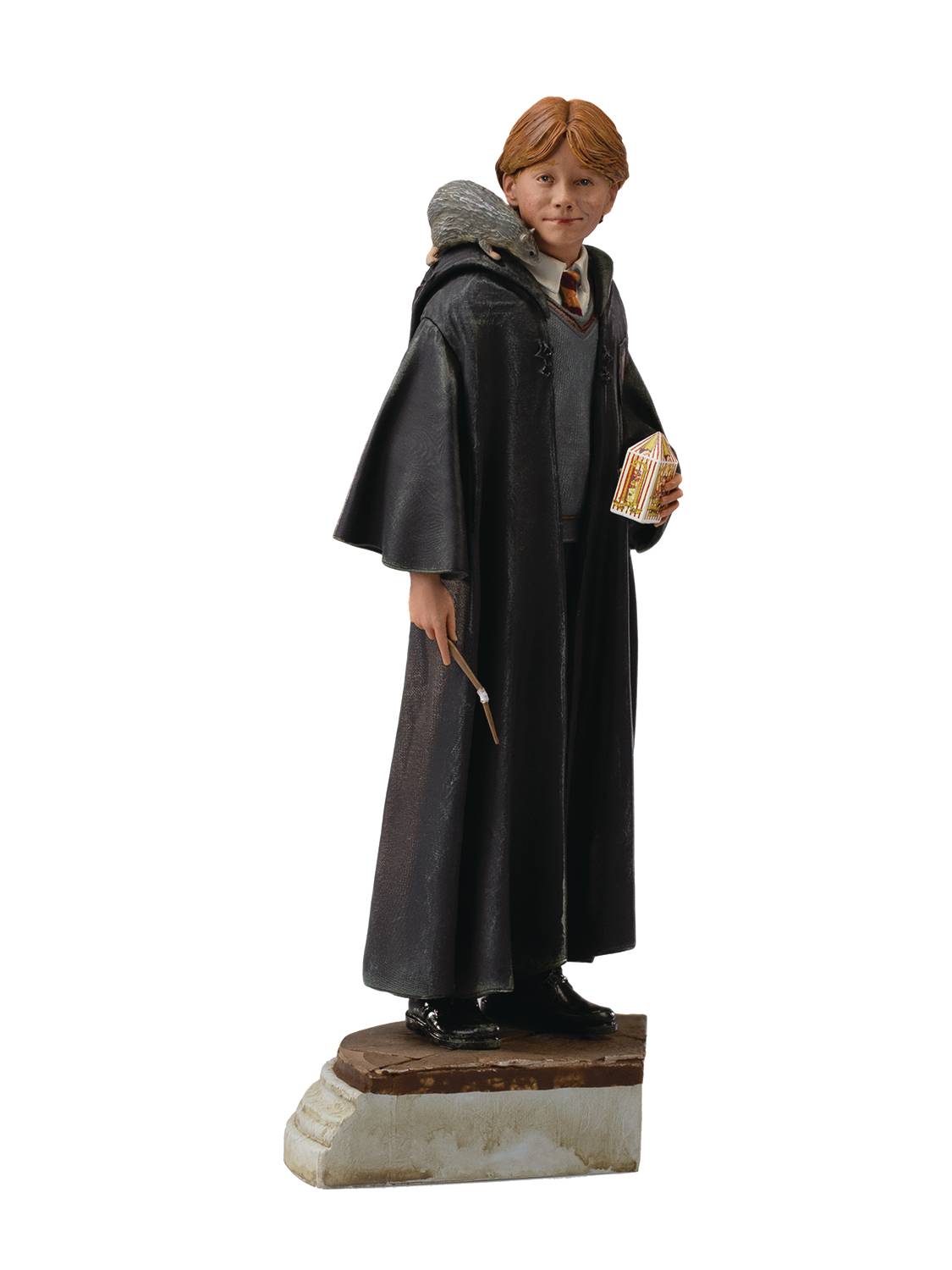 # # # #
JUN228609
From Iron Studios. As seen in his first appearance in the film Harry Potter and the Sorcerer`s Stone, Iron Studios presents the Ron Weasley Art Scale 1/10 Statue - Harry Potter statue featuring an incredible resemblance to the actor Rupert Grint, with his unforgettable expressive smile. With a base resembling the rustic Hogwarts floor, fans can display this figure of Ron along with Harry and Hermione (sold separately) and celebrate the 20th anniversary of the film's debut! This 1/10 scale mixed media figure of Ron Weasley stands approximately 6.6" tall.
In Shops: Sep 28, 2022
SRP: $99.99
ORDER WISH LIST