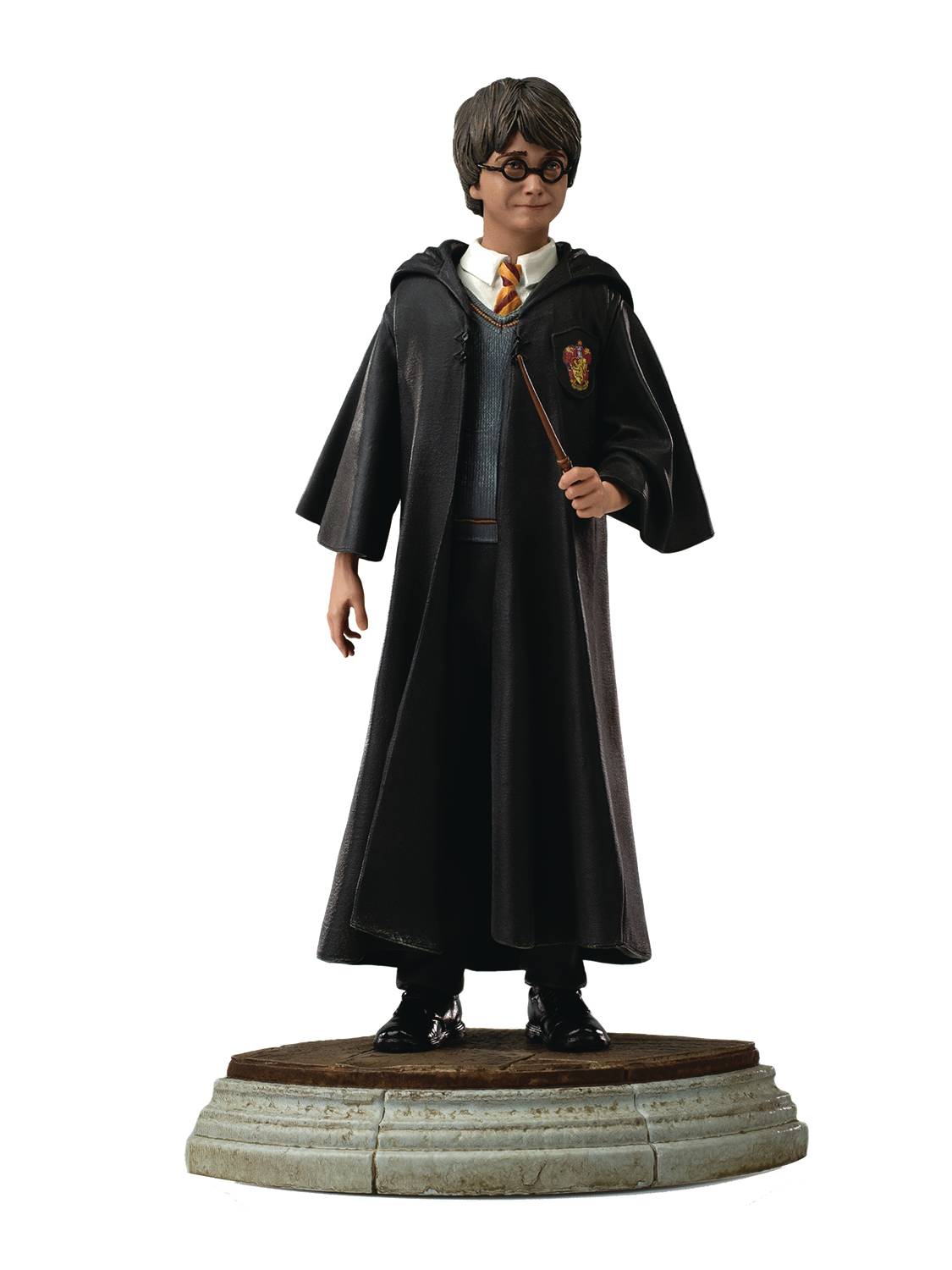 # # # #
JUN228607
From Iron Studios. Iron Studios presents the Harry Potter Art Scale 1/10 figure! This highly detailed figure features him holding his magic wand on a base of the the floor of the halls of Hogwarts. With a base resembling the rustic Hogwarts floor, fans can display this figure of Harry along with Ron and Hermione (sold separately) and celebrate the 20th anniversary of the film's debut! This 1/10 scale mixed media figure of Harry Potter stands approximately 6.6" tall.