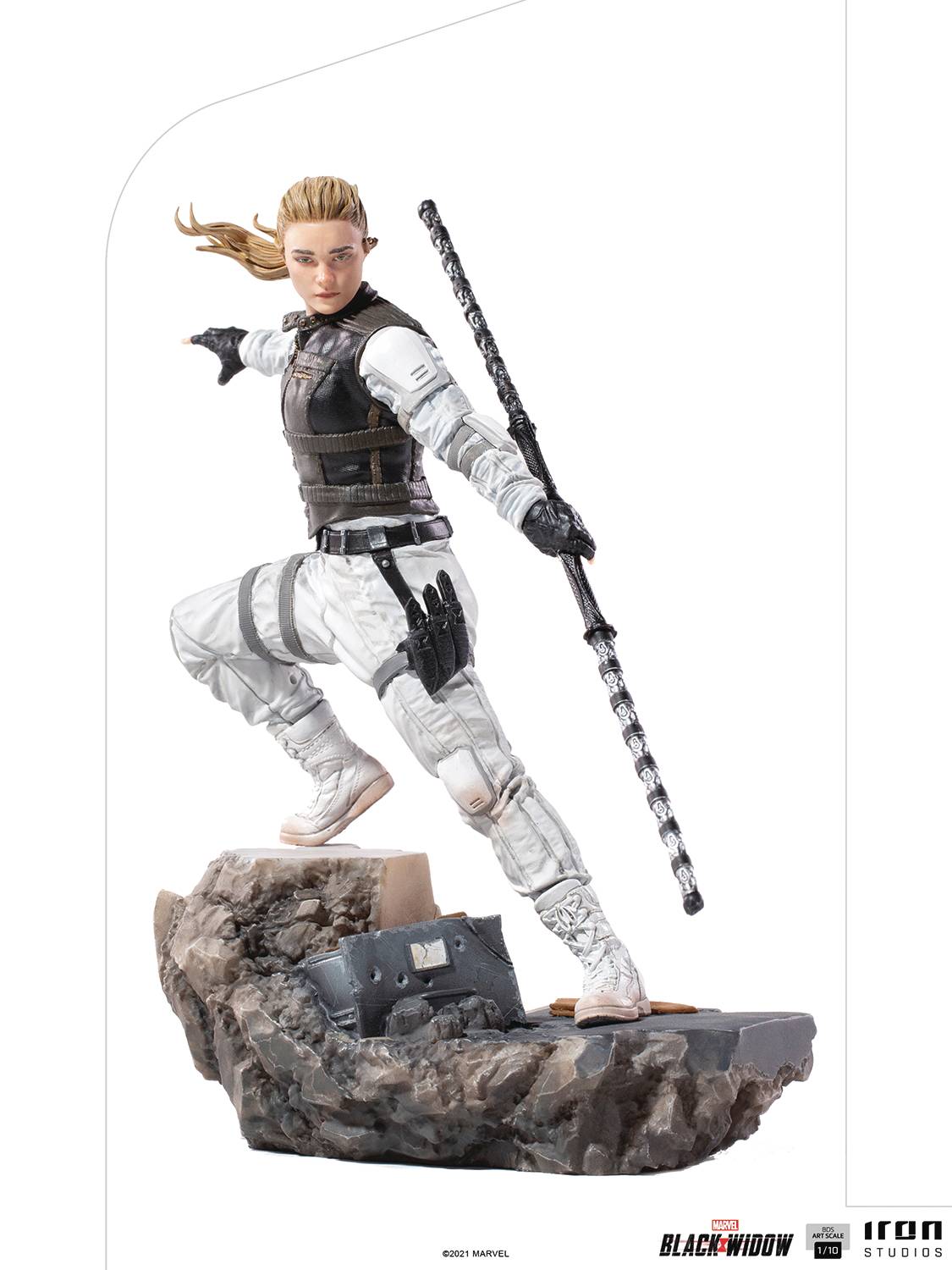 # # # # # # #
JUN228495
From Iron Studios. With a body expression full of movement, Yelena climbs a diorama base full of debris and elements of combat in the Yelena BDS Art Scale 1/10 - Black Widow statue from Iron Studios! Dressed in a white tactical uniform, with a black vest and gloves, she poses with her long stick in her left hand, ready to confront an opponent who tries to surprise her. The statue faithfully portrays the characteristics of actress Florence Pugh, who plays the spy in the MCU movie Black Widow. This piece is part of a series that forms a diorama with Yelena alongside her allies The Red Guardian and Black Widow against the mercenary Taskmaster. Sold separately.
In Shops: Sep 28, 2022
SRP: $149.99
ORDER WISH LIST