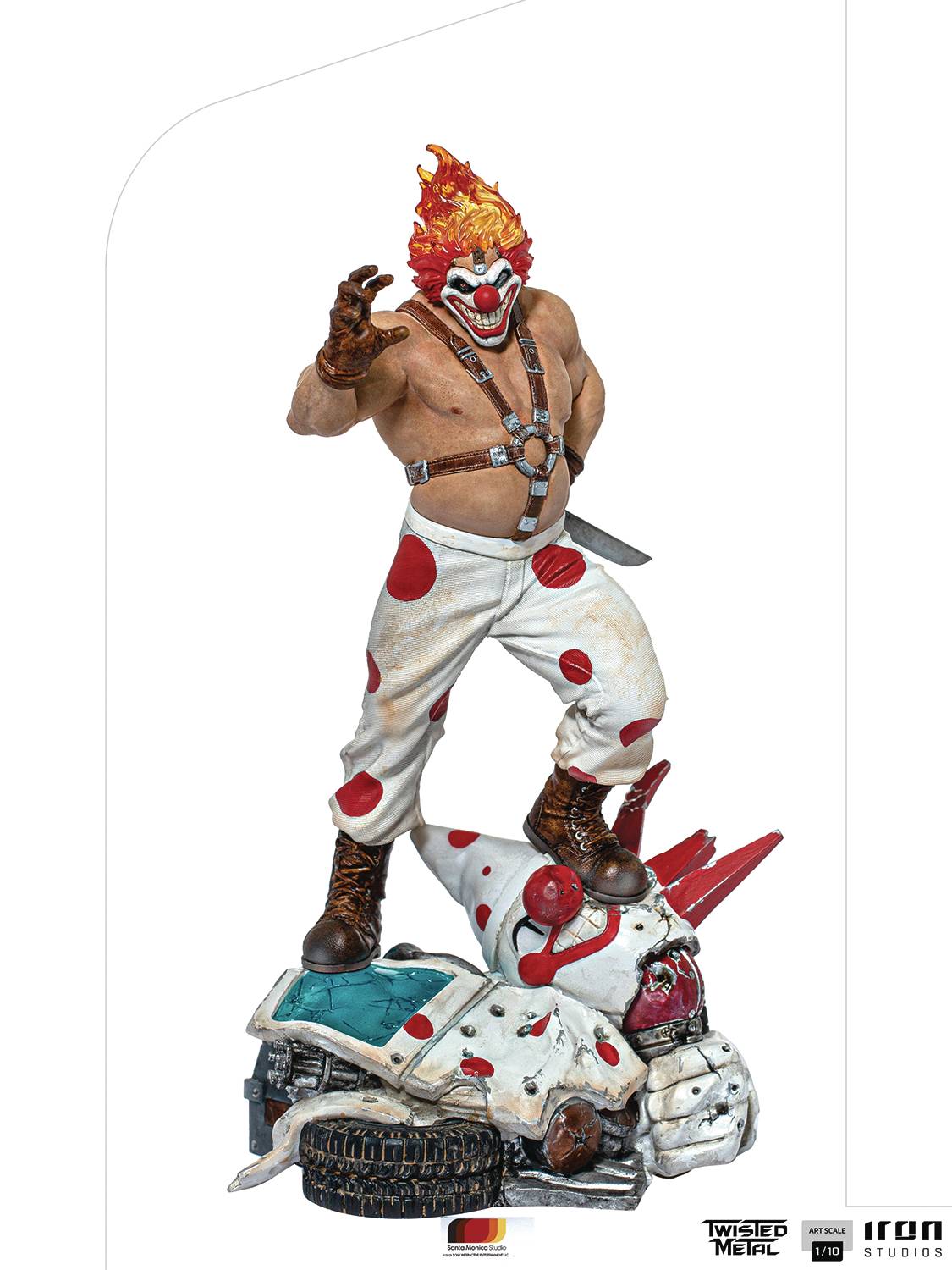 # # # # # #
JUN228453
From Iron Studios. Filled with dark humor, machine guns, mines, projectiles, and explosions, Twisted Metal features Needles Kane, a crazy psychopath inhabitant of an abandoned ghost town, who, seeing the Twisted Metal tournament as a "Circus", adopts the identity of a scary clown with the name of Sweet Tooth, in order to enter the competition. Driving a modified van, with the characteristics of an ice cream car, Sweet Tooth became the symbol character of the franchise, present in all released games. Iron Studios adds another successful franchise of games to its line with the statue of the fearsome Sweet Tooth Needles Kane:Twisted Metal Art Scale 1/10! Dressed in military boots with colorful pants and his unmistakable and threatening clown mask, the stout giant with flaming hair has his big gloved right hand raised as if to grab something while trying in vain to hide a machete in his left fist behind his back.