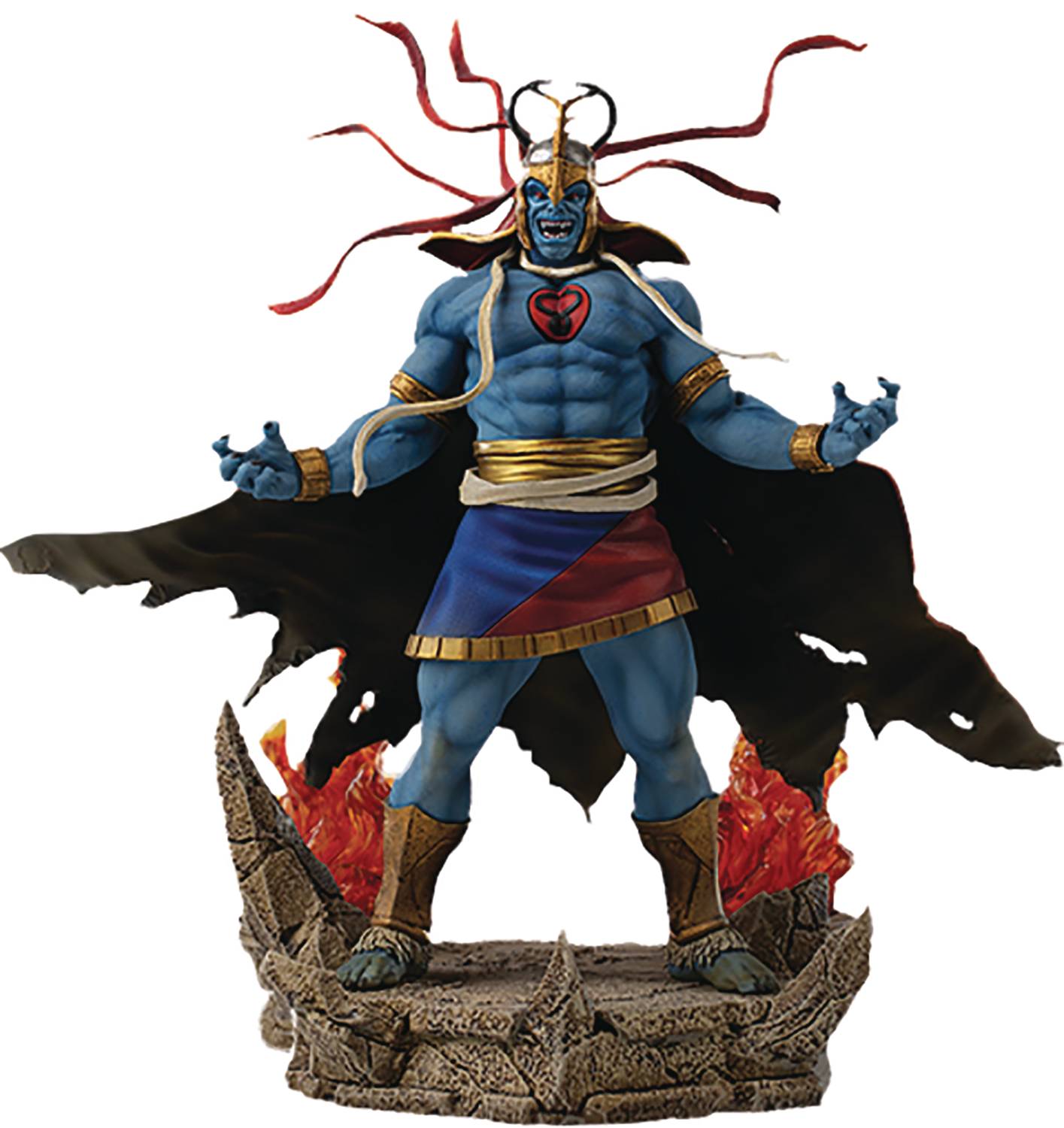 # # # #
JUN228448
From Iron Studios. The evil enemy of the ThunderCats gets its version from Iron Studios! From the darkest corners of the planet called the Third World, Iron Studios proudly presents the ThunderCats` greatest archenemy, the evil sorcerer Mumm-Ra! On a base in the shape of an altar, Mumm-Ra in this form, has super strength, can cast spells, can also cast bundles of energy from his fingers, and can fly and change shape, but he also has a unique weakness: when he sees his ghastly reflection, his ability to remain outside his Black Pyramid is neutralized and this forces him to return to the Pyramid as a mummy. Requested by many fans and collectors, the Mumm-Ra Statue - Thundercats - Art Scale 1/10 will compose a diorama setting when paired with his loyal dog Ma-Mutt.