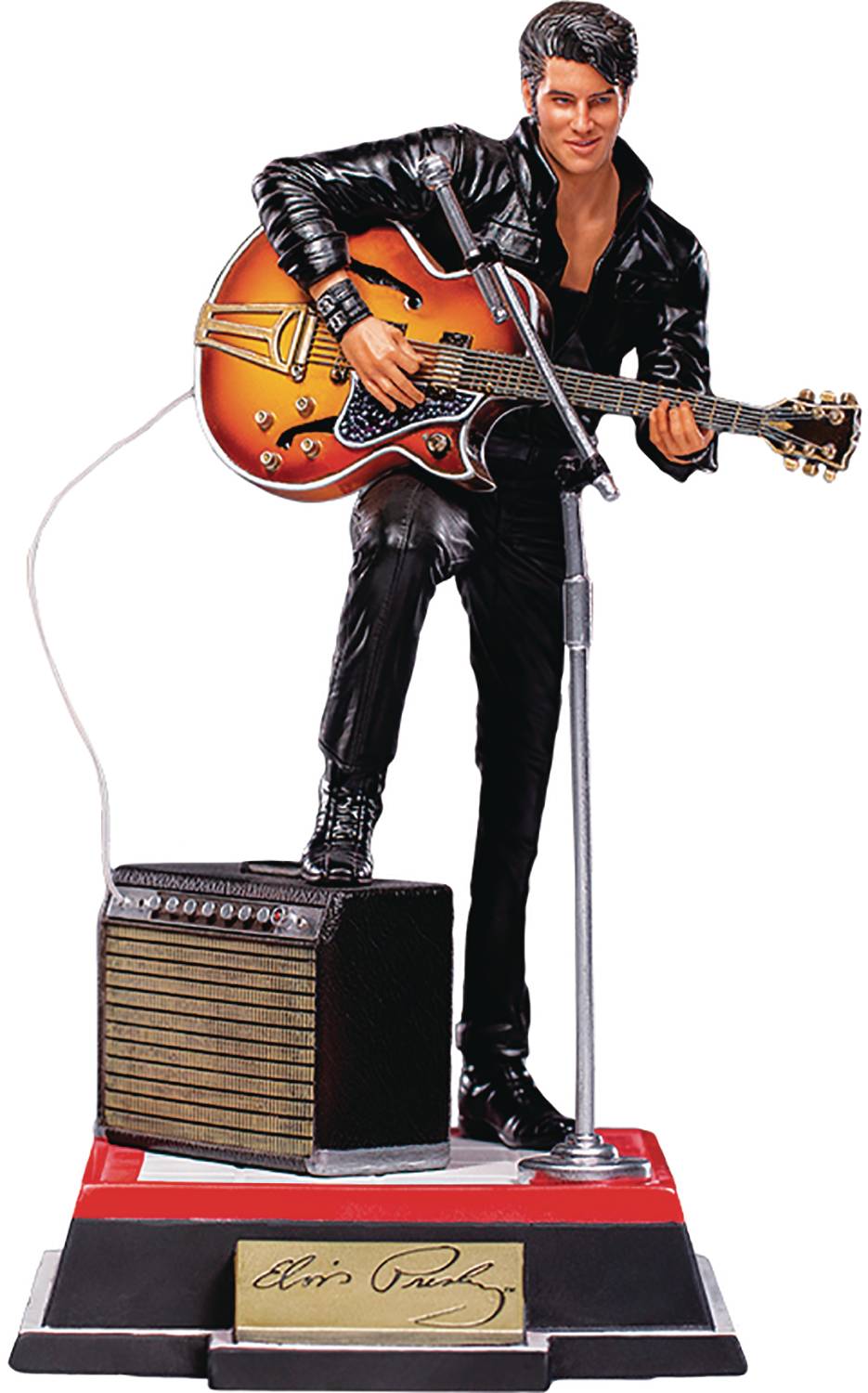 # # # #
JUN228445
From Iron Studios. The legendary King of Rock makes his debut at Iron Studios! On December 3, 1968, the American TV network NBC presented the Elvis `68 Comeback Special!  it was known as the first acoustic in history recorded on video, and marked the return of Elvis Presley to the music scene. On a red and white base, which reproduces part of the real stage, Elvis poses with his right leg on his Benson 200 amplifier, supporting his semi-acoustic guitar Gibson Super 400 CES 1963 . The statue also has a microphone stand with a peculiar round base. Iron Studios proudly presents its Elvis Presley Comeback Deluxe Art Scale 1/10 statue, replicating the legendary King of Rock in one of his most acclaimed performances, also the first figure derived from the pop music universe produced by Iron Studios.