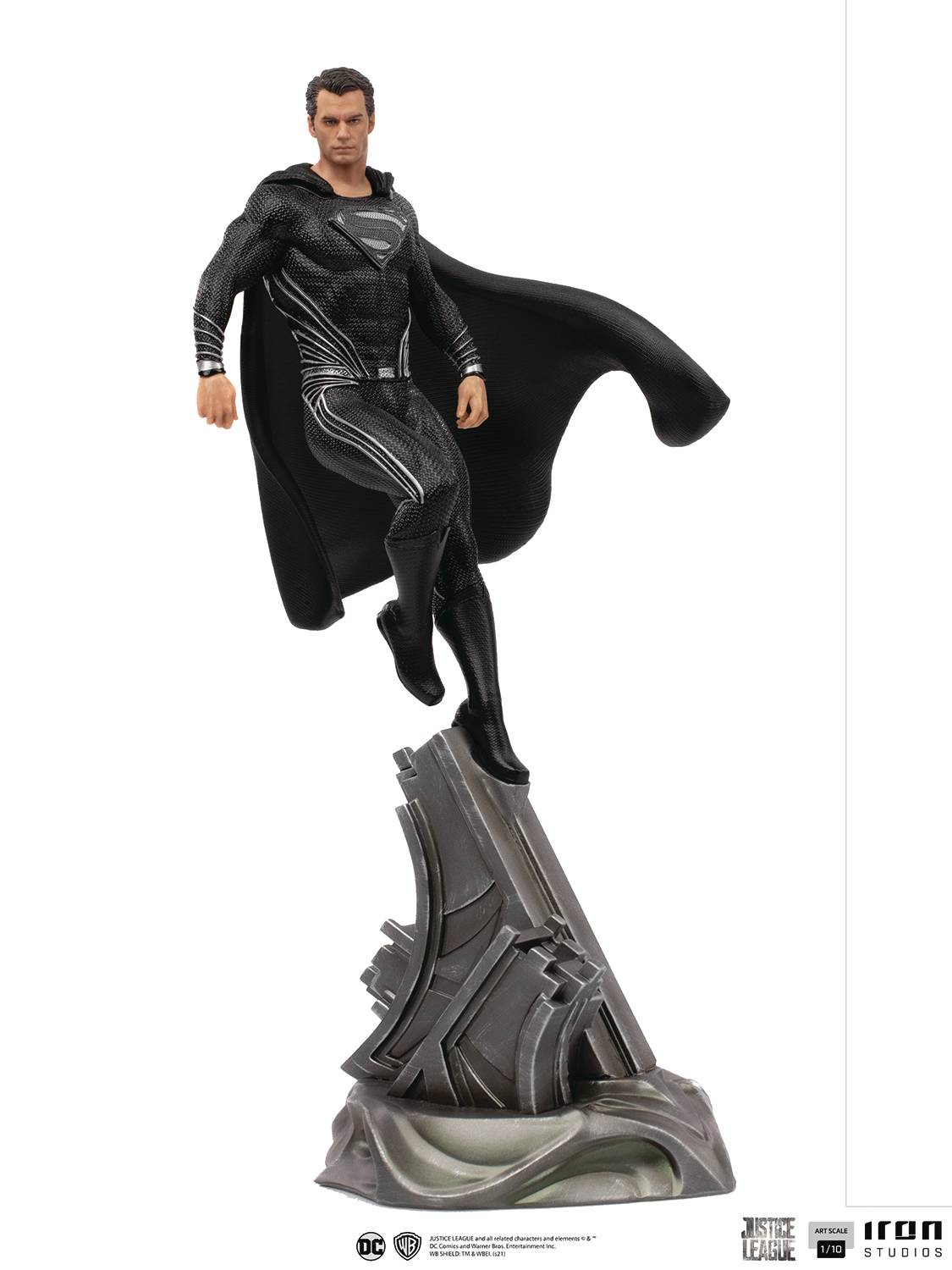 # # # # # #
JUN228439
From Iron Studios. The Man of Steel, after his resurrection following the DC comics event The Death of Superman, appears wearing a black suit with silver details and his symbol in silver. Called the Solar Suit, or Regeneration, this Kryptonian outfit absorbs solar energy to accelerate his regeneration. This 1/10 scale figure features Superman, played by actor Henry Cavill, wearing the memorable black costume from Zack Snyder's Justice League. Iron Studios proudly presents the Superman Black Suit Art Scale 1/10 Statue - Zack Snyder's Justice League, with earth's greatest hero wearing the iconic black and silver uniform, just as it should be on his triumphant return!