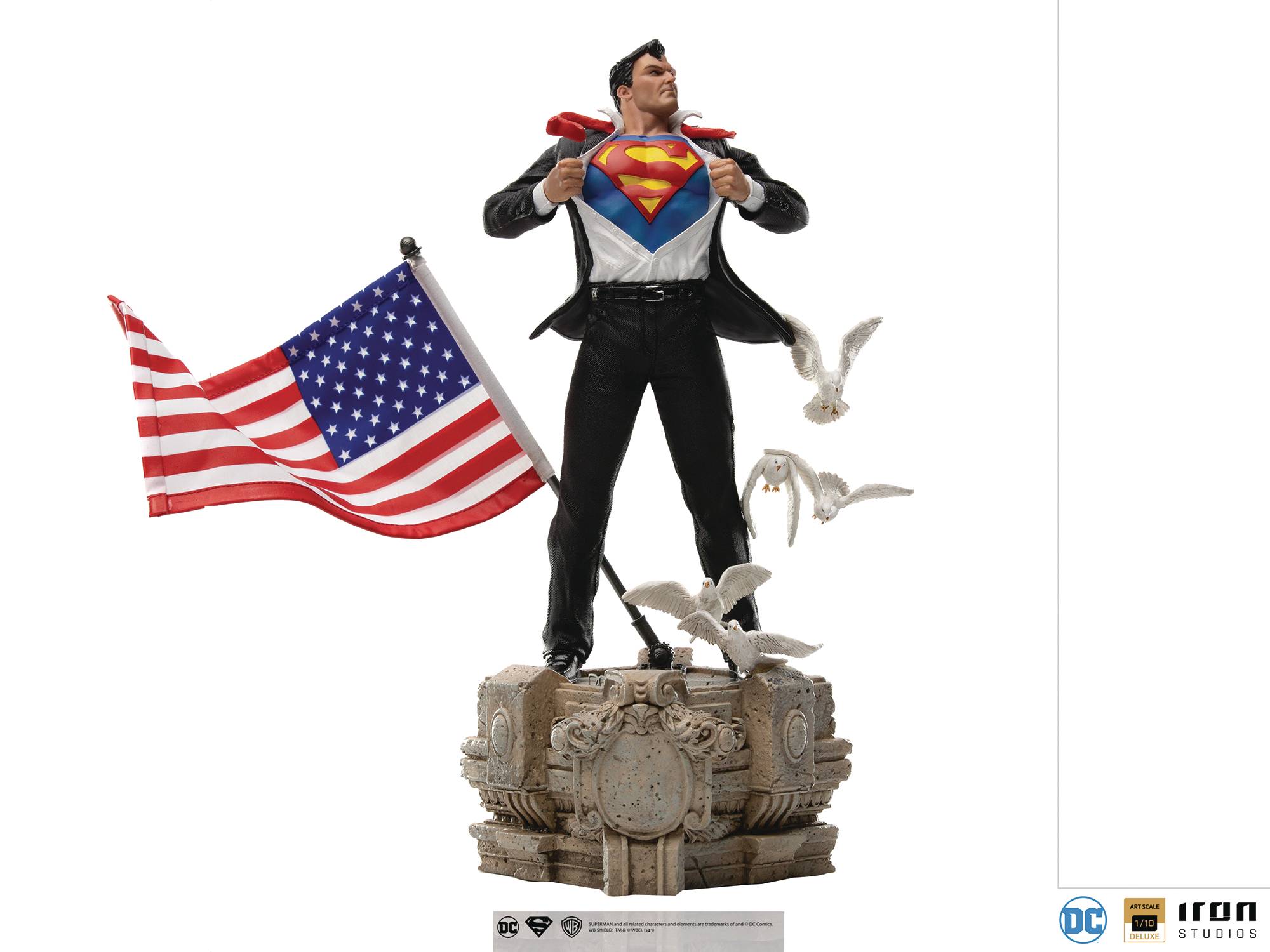 # # # # # #
JUN228438
From Iron Studios. Up, Up and Away! Iron Studios brings the civilian version of Superman! Ready to take flight, with some pigeons, a subliminal symbol of peace, and next to the flag of the USA, the nation where he was raised and which became his home, this superman is presented by Iron Studios in the imposing Clark Kent Deluxe Statue DC Comics Art Scale 1/10, with the hero of the heroes in his no less important version, of a civilian.