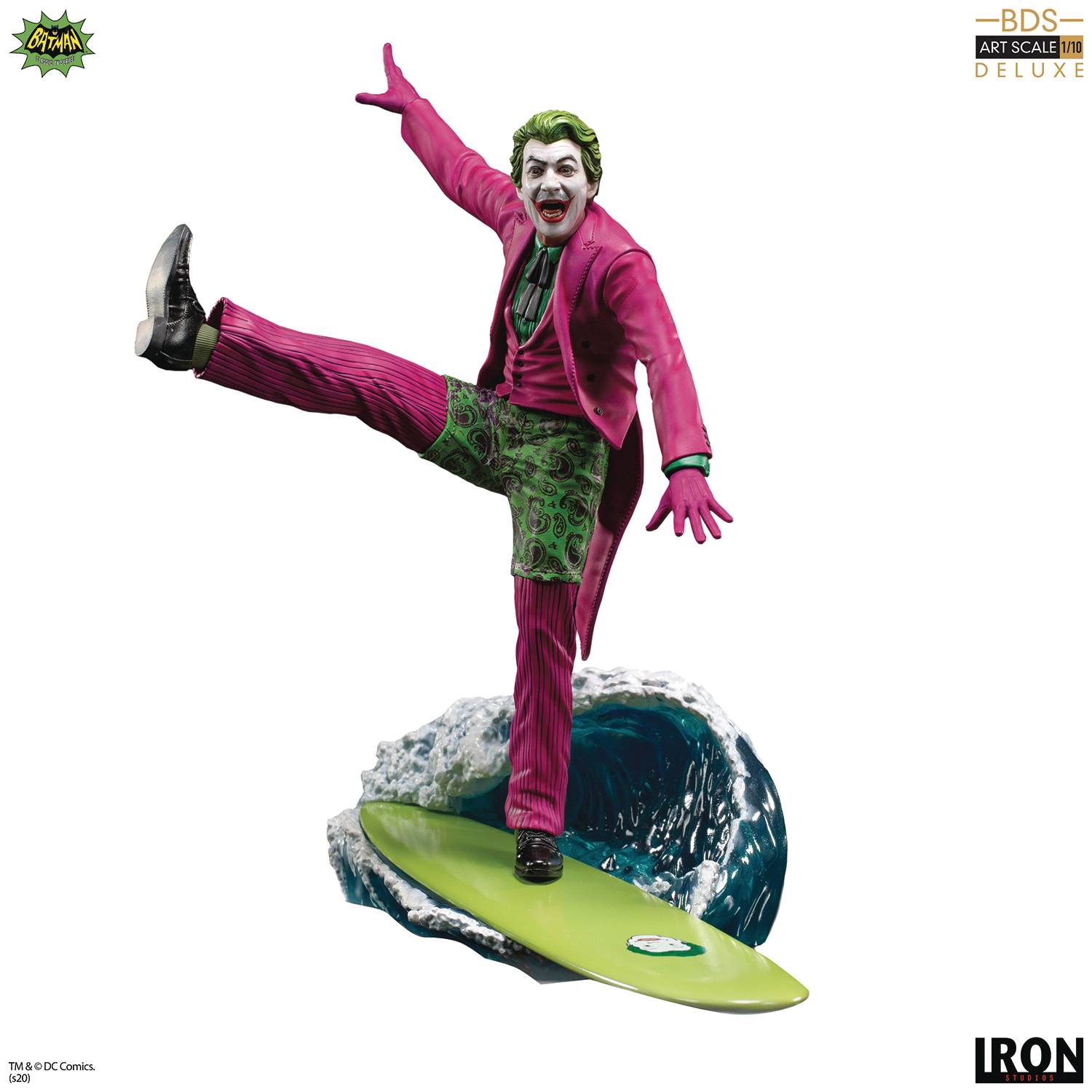 # # # # #
JUN228434
From Iron Studios. Batman and Joker compete in a "Surf" match where the "Crusader Crusader" even uses his Shark Repellent to save the day, but loses points because of his heroic attitude. A simple and funny scene that became one of the most memorable moments of the classic Batman TV series of 1966. Played by Cesar Romero (Joker), now immortalized by Iron Studios in the statue The Joker Deluxe BDS Art Scale 1/10 Batman 66, with the laughing Prince Clown of Crime balancing on one leg, duly dressed in his green and printed Hawaiian shorts, sliding on his personalized board on translucent waves. The iconic scene is derived from the episode "Batman" Surf`s Up! Joker`s Under!