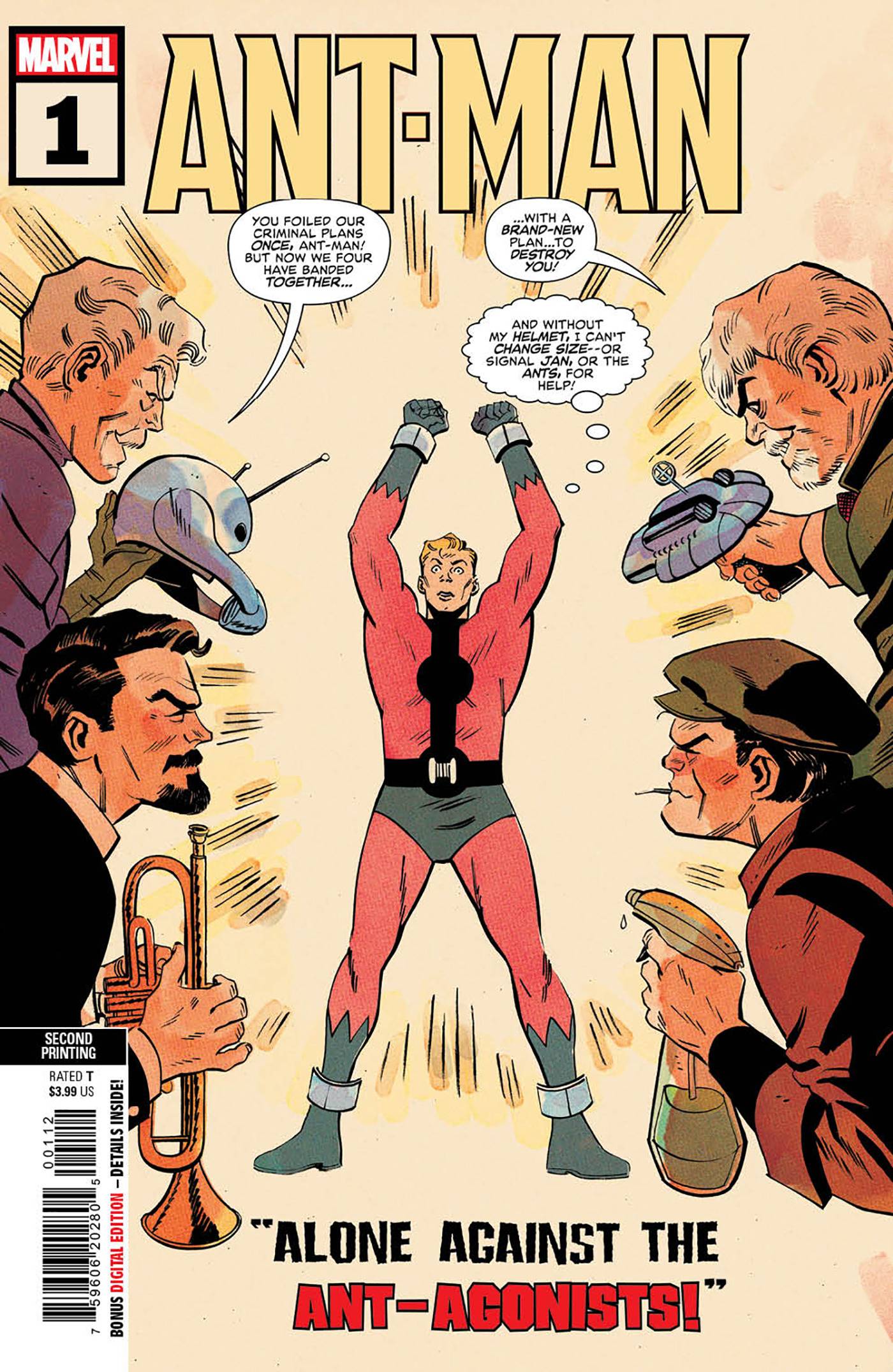 #
JUN228062
(W) Al Ewing (A/CA) Tom Reilly
Flash back to the early days of Hank Pym's career as the astonishing Ant-Man! It's date night for Hank and his girlfriend Janet Van Dyne, but nobody told that to Ant-Man's enemies! Watch as Hank's ant-agonists band together to finally take down the scientific adventurer! But will anyone come to his rescue? And who is the mysterious stranger who stalks him? Join Al Ewing (IMMORTAL HULK) and Tom Reilly (THE THING) as they explore the history of every hero (past, present and future!) called Ant-Man!
RATED T+
In Shops: Sep 07, 2022
SRP: $3.99
View All Items In This Series
ORDER SUBSCRIBE WISH LIST