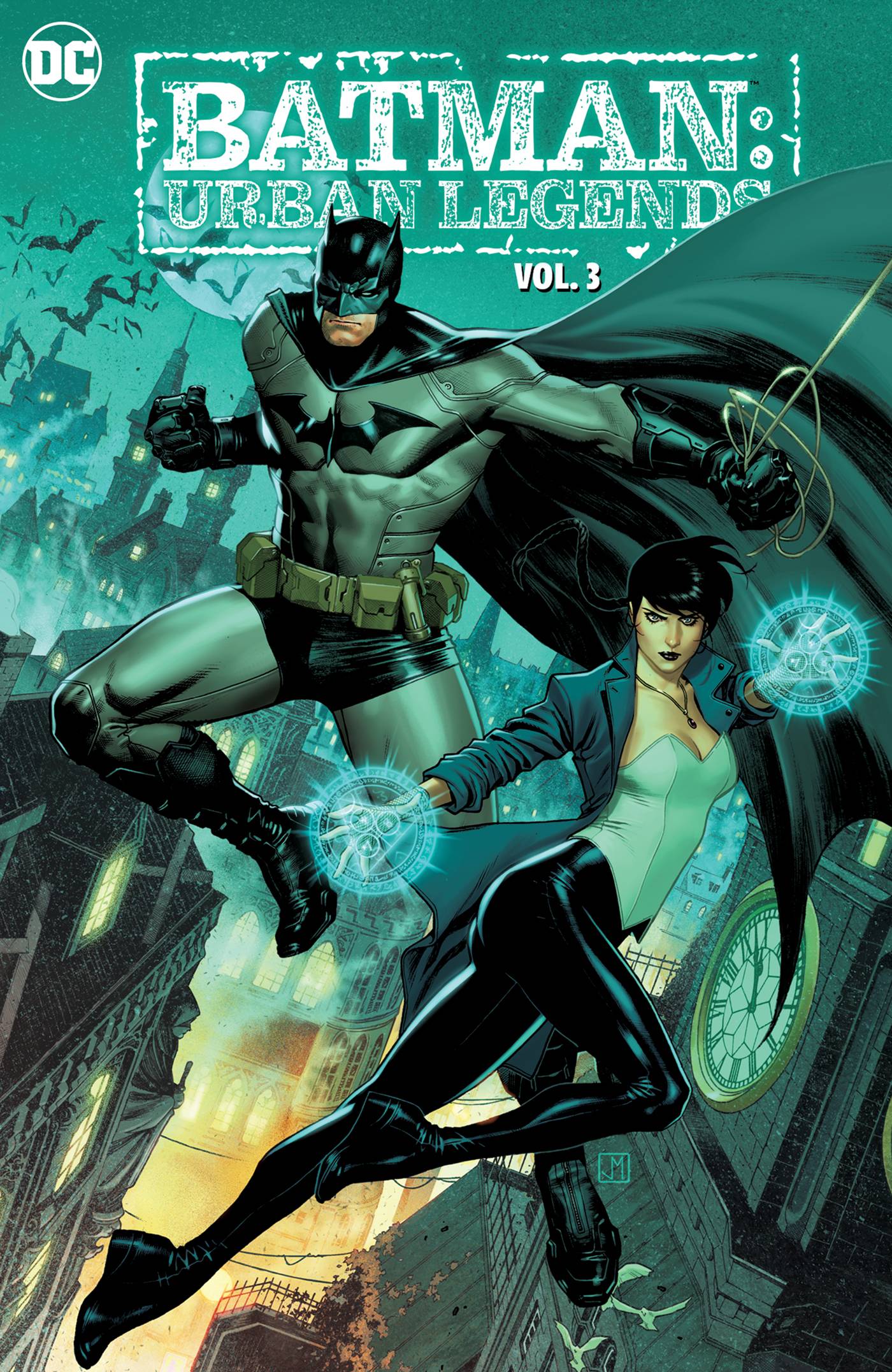 #
JUN223576
(W) Various (A) Various
The third volume in the bestselling and critically acclaimed Batman anthology title is here, collecting the feature stories that originally ran in issues #11-16 of BATMAN: URBAN LEGENDS. Batman & Zatanna: Batman & Zatanna have to contain a curse that they helped release. But in order to reverse its effects, they're going to have to fix their frayed relationship. Hounded: (Bat)man's best friend Ace the Bat-Hound breaks out of an animal testing facility with his new super-fur-friends in order to sniff out where Batman's been kidnapped for auction to his rogues gallery!
In Shops: Sep 06, 2022
SRP: $29.99
View All Items In This Series
ORDER SUBSCRIBE WISH LIST