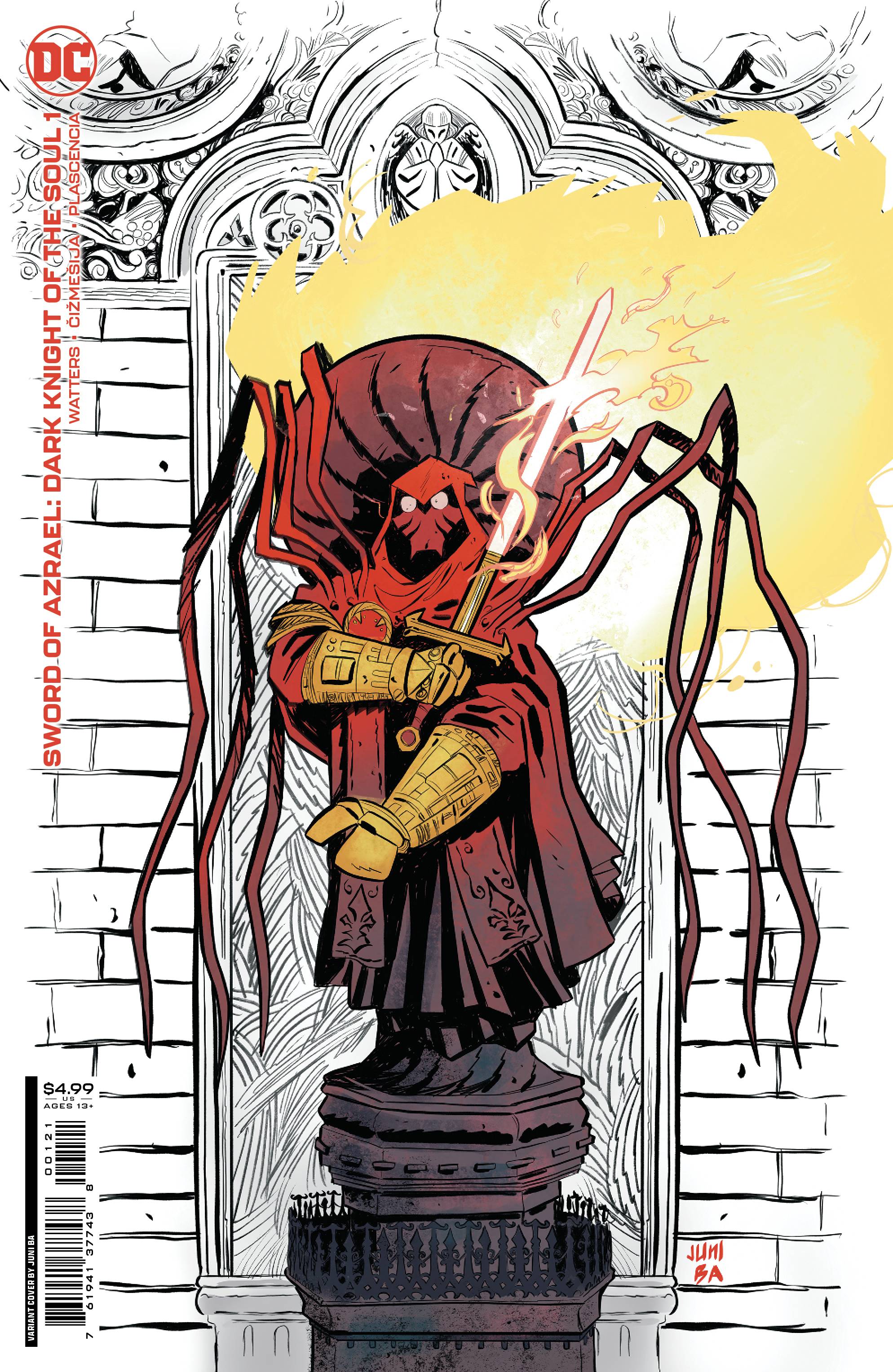 #
JUN223396
(W) Dan Watters (A) Nikola Cizmesija
THE ANGEL OF ST. DUMAS'S FAITH IS CHALLENGED! This issue collects the critically acclaimed three-part story that ran in the pages of Batman: Urban Legends ahead of the August debut of the new Sword of Azrael miniseries. Azrael has returned to Gotham City after a long time away, unsure of his purpose and having his faith constantly challenged by demonic developments in the city. The arrival of the new antagonist the Poor Fellow will change Azrael's future forever. Reprints the Azrael stories from Batman: Urban Legends #8-10 that lead into Sword of Azrael #1!
In Shops: Aug 02, 2022
SRP: $4.99
ORDER WISH LIST