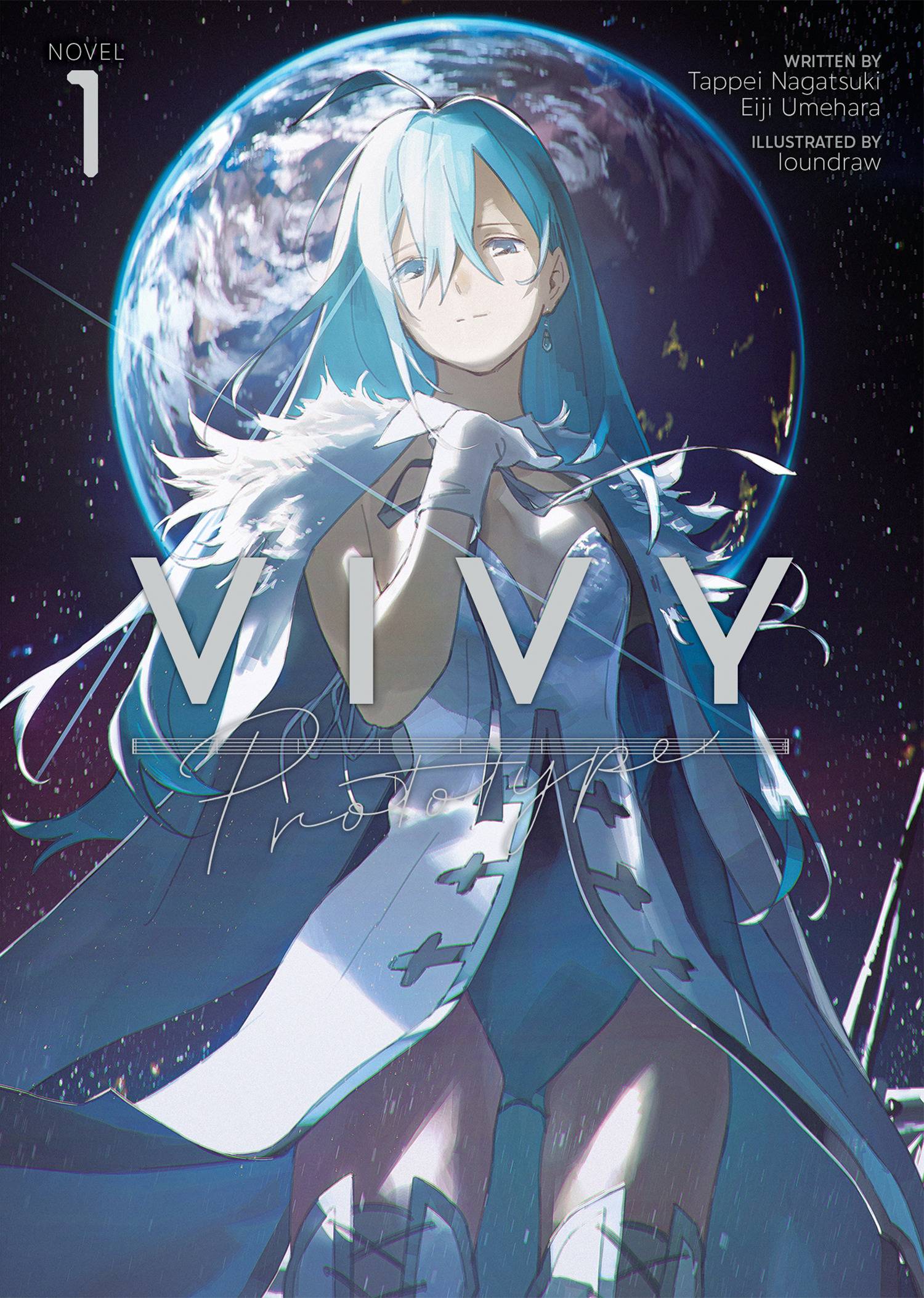 #
JUN222339
(W) Tappei Nagatsuki (A) Eiji Umehara (CA) loundraw
Originally penned as a collaborative "concept novel" before production of the
popular anime Vivy -Fluorite Eye's Song-, don't miss this rich science fiction tale of an AI songstress and her 100-year mission to save humanitythe writers of Re:ZERO and
Chaos;Child! Vivy, the world's first autonomous AI, sings to bring joy to her audience as a cast member of NiaLand, Japan's largest theme park. In this world, AIs have become integral to human life and exist to carry out their missions. One day, out of the blue, an AI claiming to be from the future approaches her, revealing that in one hundred years, advanced AIs will turn on the humans they once served, sparking a violent war to annihilate humankind! When he asks for her help in preventing the conflict, Vivy agrees to ditch the stage and take up the century-long mission against her kind in order to save humanity.
In Shops: Aug 17, 2022
SRP: $14.99
View All Items In This Series
ORDER SUBSCRIBE WISH LIST