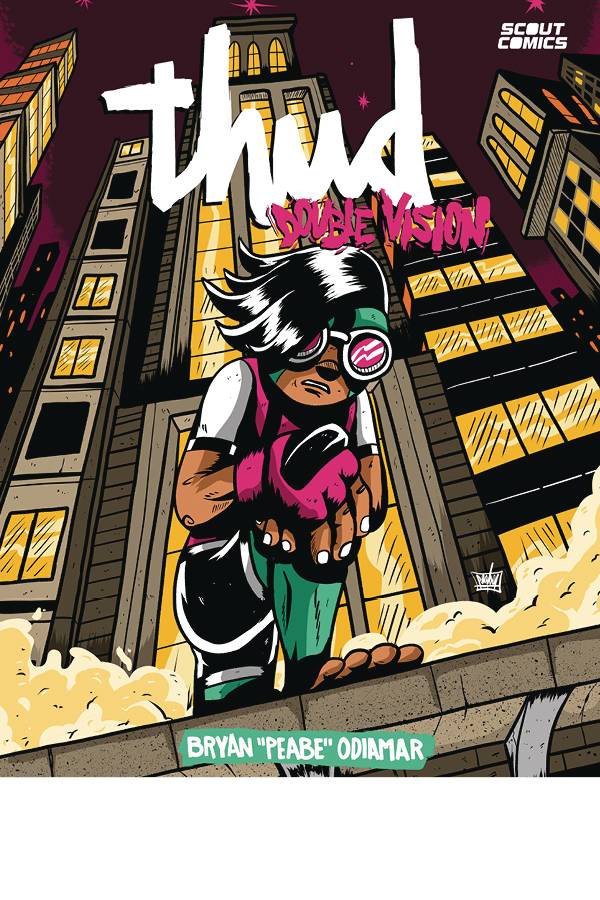 #
JUN221887
(W) Bryan Peabe Odiamar (A) Bryan Peabe Odiamar
Bo, a creative living in Oakcago, finds himself directionless and tired with his mundane existence. Yet, despite his dissatisfaction, the one happy constant in his life is a comic book character that he has created and drawn since he was a kid-but then a terrible accident changes everything. Meanwhile, a masked vigilante has appeared on the scene and is only starting to discover his capabilities. As this hulking hero begins his career, he must adjust to appearing and disappearing without warning in his new environment. Combining the original first issue of Thud with a new second issue!
In Shops: Aug 03, 2022
SRP: $9.99
View All Items In This Series
ORDER SUBSCRIBE WISH LIST